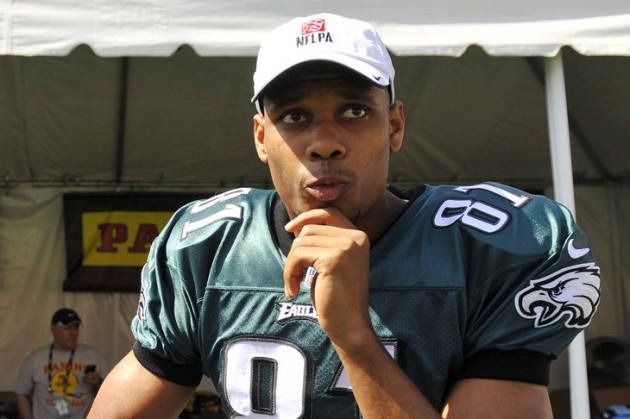 FNTSY Sports Network’s Pat Mayo and Kyle Soppe recap the Week 3 NFL injury report and talk through their Week 4 Waiver Wire Power Rankings. They address the panic being expressed by Eddie Lacy and Montee Ball owners and tell you what to look for in return if you’re buying or selling. Plus, they breakdown the most important things to look at before spending your FAAB dollars, specifically, how have your league mates bid in the past?

After the Smörgåsbord of capable running back options were scooped up last week, there’s a dearth of startable talent on the Week 4 waiver wire. Many will choose to blow their FAAB budgets on Lorenzo Taliaferro after his breakout game, especially if they lost out on Knile Davis, Ahmad Bradshaw and Donald Brown. Don’t be one of those people. If you merely thought about Fantasy Football proactively instead of reactively, you’d own Talioferro already, for a lot less than you’d have to spend now too. Plus, with Bernard Pierce expected back next week, his short term value is limited. If you really believe in Taliaferro long term, pass on him this week, let someone else waste their FAAB and just pick him up next week after he’s dropped following an underwhelming performance. It was encouraging to see Taliaferro showcase a few flashes, but in a three-headed backfield with Pierce and Justin Forsett, his opportunity will be limited… I still prefer Matt Asiata. Yes, I recognize he’s kinda terrible, yet, he continues getting touches. And opportunity matters. Many will foolishly persist hyping Jerick McKinnon, but through two games without Adrian Peterson, Asiata’s out touched McKinnon 33-to-8. Maybe, just maybe, McKinnon will be better in the second half of the season, but Asiata’s who you want at the moment… Many have already forgotten about Bobby Rainey since, you know, Thursday was a long time ago. His role hasn’t been altered however; without Doug Martin in uniform, Rainey will continue to get the ball. No matter how many times he fumbles. So having a potential Top 15 RB just sitting on your bench, ready to be unleashed any time Martin is banged up (which is fairly often) has value… Isaiah Crowell is awesome. Nuff said… With Danny Woodhead out for the season and Ryan Mathews still on the shelf, someone other than Donald Brown will eventually get the ball. Unless the Chargers are content giving Brown 36 touches a game, impostor Darren Sproles, Branden Oliver may see some work in the passing game… Alfred Blue handled basically the entire workload for Houston in its loss to the Giants. Now, Blue isn’t a supreme talent, but it proved two things: 1) The lead back in the Texans offense is going to be the sole ball carrier. 2) Blue is officially the backup you want to use if Arian Foster is inactive. Problem is, Foster will likely return in Week 4 and render Blue inert. Save your fake cash for someone better… Joe McKnight had a vintage Dexter McCluster stat line for the Chiefs. And like Dexter McCluster, you’ll never be able to predict when these games are coming. PASS.

Kelvin Benjamin is a rookie and fucking legit. I don’t understand how he’s so available… That’s three Top 30 WR performances in three weeks for Brian Quick and Andrew Hawkins. You won’t have to spend as much as you normally would for their services off the Week 4 waiver wire either: both the Rams and Browns are going on a bye… Same thing applies with Miles Austin. He found pay dirt for the second straight week and now has 16 targets over that stretch… If you’d been listening all along, you’d already own Jordan Matthews. Now you have to pay for his upside. Wouldn’t expect this kind of production on a consistent basis, though… Robert Woods covertly piled up seven targets in the Bills loss. Now, if E.J. Manuel could only complete a 10-yard throw, we’d be in business… I refuse to own Eddie Royal on principle alone. Based on his career history, The Royal(e) won’t score now for two months, everyone will forget about him, then he’ll explode for three TDs in some late afternoon game that no one is watching. Do me a favor, leave him for someone else. Royal will cause your roster to fail harder than Bob Kraft… With Blake Bortles now starting in Jacksonville, it’s worth noting that he favored Allen Robinson, along with Cecil Shorts, pretty heavily after entering the game – 10 targets each. It’ll be interesting to see how Bortles distributes his throws once Marqise Lee returns to the field. It’s worth grabbing Robinson now, for cheap, just in case he explodes in the coming weeks… I want to believe in Downtown John Brown, but I just can’t figure out what the Cardinals offense is going to look like week-to-week. I was convinced Drew Stanton would have tunnel vision for The Wreck of the Larry Fitzgerald. I was wrong. I like Brown’s potential, but it’s tough to roster him outside of leagues with deep benches. When are you ever going to feel comfortable starting him?

GIF vs GIF – Which rookie QB has the best fan?

Also, special shout out to DeAndre Hopkins, who would have been a lock to make every “Best of 2014” compilation…

… but will now be forgotten forever. Like that awesome Jonathan Baldwin catch that also got wiped out by a penalty..

So, it turns out Niles Paul is a legit option if you’re in need for a tight end immediately. HOWEVAAAAA…  I still prefer Travis Kelce’s upside longterm. He found the endzone for the first time in his career against Miami and has improved his Fantasy totals every week. Again, I’ll keep pounding it home, Kelce’s breakout beckons… Larry Donnell’s proven himself to be safe, every week PPR option. If you’re into that kind of thing… A trend’s emerging with the Cowboys – THEY CAN’T COVER TIGHT ENDS!!!! First Vernon Davis destroys them. That’s expected. Then Delaine Walker posts career best numbers across the board. Not necessarily an outcome that would even be visible on the 49th vibration. This week, though, Dallas allowed the awful duo of Jared Cook and Lance Kendricks to both be Fantasy relevant. Please. The Cowboys are hosting the Saints in Week 4, so expect a gigantic effort from Jimmy Graham; I’m fairly confident he’s unavailable to pick up. But, in Week 5, the Cowboys clash with the Texans, and Garrett Graham will get his opportunity to shine. This is exactly what I mean about making proactive roster decisions… Dennis Pitta is done for the year with a hip issue, leaving Owen Daniels as the beneficiary. His familiarity with Gary Kubiak’s offense and redone prowess, make him worthy of a spec add if you’re dealing with byes or injury… Ladarius Green isn’t consistent enough to be a trusted alternative… YET! If anything happens to Antonio Gates, he’s going to light it up. He’s a quality stash if you have the bench room. If not, add him to your watch list so you don’t loose track of his availability.

Kirk Cousins doesn’t get to play the Eagles every week. He’s not close to as good as he looked Sunday. Don’t be fooled… Blake Bortles is now the man in Jacksonville. Unfortunately, that’s not exactly useful outside of two quarterback leagues… If I was going to keep a back up QB, which I don’t, I’d shoot for upside with Teddy Bridgewater from this list. His combination of talent and weapons trumps the others. Plus, he showed he wasn’t afraid to chip in with his legs either. Always a bonus.

Detroit’s run defense is verging on dominant at this point, as is its high marks on celebration humor, and against a Jets squad that can only run, expect the under to cash. Also, GENOPICKS… The Dolphins D has been spotty, and traveling overseas is never ideal, but come on, the Raiders are legit terrible. One more week at their current pace and Comedy Central will be granted the broadcast rights to every Oakland game… Bortles is better than Chad Henne, but streaming a defense against the Jags is still a safe play, regardless of the quality of said defense: SAN DIEGO, SUPER CHARGERS!!!