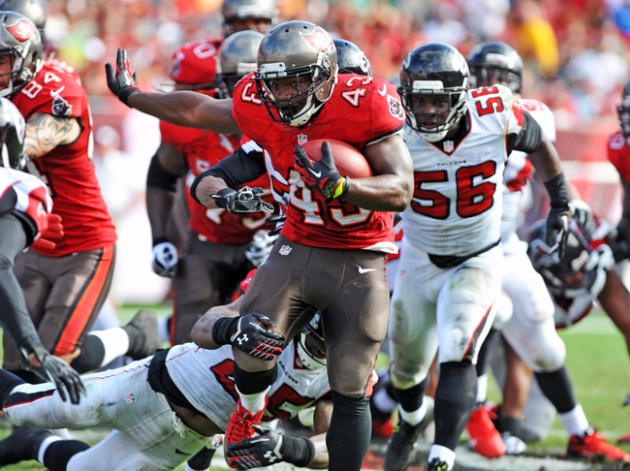 FNTSY Sports Network’s Pat Mayo and Tim Anderson review the disaster that was Week 2 in the NFL and talk through their Week 3 Waiver Wire Power Rankings. They reflect on how the league should handle the Jets timeout situation moving forward, how quickly Adrian Peterson will be suspended and at what price is it worth it to trade for his services. Plus, a full Week 3 injury report and target recap.

Update: Adrian Peterson’s been reinstated by the Vikings and is expected to play Sunday in New Orleans. So what to do with Matt Asiata? I’m lowering his dollar value on a FAAB bid, but understand, AP will eventually be suspended at some point, likely for at least six games; meaning, Asiata will regain value at that point. So the below analysis still applies to the Asiata/McKinnon situation, it’s just unclear when when he’ll regain the job. Do not waste your FAAB budget on a large bid for Asiata, just wait it out for this week and hopefully some Fantasy owners will drop him and you can just stash him away on your bench, for free. Asiata’s a better stash than other handcuff RBs because he doesn’t need an injury to occur to get playing time, eventually the job is simply going to be handed back to him… Jamaal Charles is reportedly suffering from a high ankle sprain. No timetable on how much time he’ll miss, but it appears like he’ll sit out Week 3 and potentially miss more time. This boosts your bid for Knile Davis, whether you own Charles or not, as he’ll be ranked as a Top 15 RB in any basically any matchup with no Charles around. And, as we’ve seen with most ankle injuries, they tend to linger. Keep up to date on the latest Charles news as your waiver period approaches, but it’s looking like taking a plunge on Davis could pay giant dividends.

Savvy owners snatched Matt Asiata off free agency the moment they found out about Adrian Peterson’s arrest, for free. Now, you gotta pay up. Asiata looked less than impressive with his 2.8 ypc, but was clearly the featured running back in the Vikings’ offense, out touching rookie Jerick McKinnon 18-to-4. Look, Asiata’s not great, but he’s going to garner enough touches in the short term that he’s worth the cash if you need a RB to start immediately. If you don’t, Asiata’s not a wise investment of your FAAB dollars… Donald Brown looks like he’ll handle the bulk of the work between the tackles, not Danny Woodhead, with Ryan Mathews likely sidelined for at least a few weeks… Khiry Robinson is the big winner in the wake of Mark Ingram’s hand injury. Ingram’s likely out a month and Robinson, along with Pierre Thomas, gets a big boost. Especially with the Vikings, Cowboys and Bucs up next for the Saints… Bobby Rainey may be actually be better than Doug Martin. Any owner needing a RB or FLEX got gifted Rainey at the last second (if they were playing attention) when Martin was announced as a surprise inactive. Early rumors have Martin returning to uniform Thursday night in Atlanta, but nothing is certain at this point; and you may not know by the time waivers pass. Rainey looks like he’ll get touches either way and has a good chance to usurp Martin on performance alone… Isaiah Crowell continued looking good for the Browns. If you have the bench room to stash the rook, let him develop into Cleveland’s starter for later in the season… For deep leaguers, Alfred Blue, not Jonathan Grimes, got the chunk of work for the Texans in garbage time… Ditto for Silas Redd in Washington.

Both Kelvin Benjamin and Markus Wheaton couldn’t match their impressive opening week performances, but there were encouraging signs for the duo. Both saw eight targets a piece, they simply converted fewer of those looks into actual numbers. I wouldn’t be concerned. They’re the same, legit pickups they were after Week 1, just cheaper. Huzzah!… James Jones, or Garbage Time Jimmy, as he likes to be called, bailed out anyone that played him lllllaaaaatttttteeeeee Sunday down by scores. I’m talkin’ Abe Lincoln scores here. Anyway, make note it was Jones that Derek Carr turned to when he was forced to attempt a pass beyond the line of scrimmage… Andre Holmes IS ALIVEEEEE too. He saw seven targets; second most of any Raiders receiver… Brian Quick and Andrew Hawkins are quality adds that no one wants. Both soaked up the targets for the second straight week and it seems like no one noticed. Probably because neither play for teams that anyone watches. They have more value in PPR leagues, but should be solid regardless. Shouldn’t cost too much to acquire their services either… Mohamed Sanu did damage when A.J. Green left for the locker room with a toe issue, but it was kind of flukey. He tossed a 50-yard pass and scored on a 76-yard catch and run. I like Sanu’s big play ability, but I doubt he’ll show any consistency, even if Green misses Week 3… Harry Douglas keeps getting showered with balls from Matt Ryan. That’s eight targets in both of the first two games. Like in 2013, Douglas is going to explode if Roddy White or Julio Jones gets banged up. Douglas is the top WR handcuff, if such a thing exists… Jarrett Boykin would be second. But unlike Douglas, Boykin needs an injury to occur to be useful… Oh Eddie Royal, I wish anyone could predict when you’re going to have a good game… Cam Netwon looked Jason Avant’s way seven times and it resulted in a touchdown. Noted, and memory banked for future use… With Cecil Shorts III, Marqise Lee and Allen Hurns becoming permanent residents in the triage unit, Allen Robinson has a chance to do some damage. Especially when Blake Bortles replaces Chad Henne.

Everyone was aboard the Ladarius Green train heading into the season (myself included). Wrong, Wrong. Antonio Gates is the man in San Diego when he’s healthy. Banking on Gates’ health long-term is a gamble that’s probably not worthy of a giant FAAB commitment, though… I’ve been advising to continue holding on to Travis Kelce. His role has increased two weeks in a row and he looks like the only explosive option in the Chiefs’ receiving game. The breakout is looming… Two games and two very Fantasy useful outings from Larry Donnell. I’m in… I like Delanie Walker, but don’t expect 10 catch, 142 yard type of damage ever again. The 14 targets were an aberration too. He’s a legitimate PPR option, but I wouldn’t count on Walker suddenly being a rock solid Top 10 TE. Many will however. Let them blow their budgets… So, Kirk Cousins likes Niles Paul. Paul appears like he’ll get enough work to be a decent tight end fill in until Jordan Reed returns.

Obviously, Kirk Cousins is more valuable in two quarterback and deeper leagues where you’d actually have to use him. In regular formats, he’s a back up QB, and you really don’t need a back up QB. Let’s see how good Cousins looks when he’s A) not facing the Jags B) facing a team that preps for him, not Robert Griffin III… Geno Smith may not be a great real life QB, but he knows how to produce Fantasy points. He’s finished as a Top 10 pivot in each of the first two weeks… The rooks Teddy Bridgewater and Blake Bortles look like they may get a crack to start soon with their respective incumbents playing so, sooooooo terribly.

Oakland traveling across the country for the second time in three weeks? That sounds like a lay up… New Orleans is 0-2 entering its home opener against a pretty brutal looking Vikings offense. Even with AP back, Rob Ryan’s going to dial up the blitz and see if he can get Matt Cassel to toss eight picks! Four just doesn’t seem so impressive now.