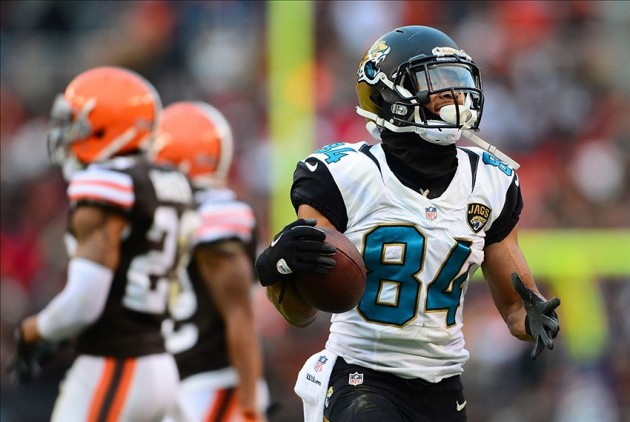 FNTSY Sports Network’s Pat Mayo and Gregg Sussman recap the Week 11 NFL injury report and debate Mayo’s Week 12 Waiver Wire FAAB Rankings. They address how to approach bidding for need versus depth, which defenses and QBs make the best streams and how each player on the Week 12 Waiver wire should be assessed differently based on your roster construction. Plus, players to targets for the Fantasy playoffs and old school wrestling talk.

After Sunday’s revelation that Ronnie Hillman may now miss up to six weeks with his foot injury mixed with Montee Ball limping off the field against the Rams, never to escape the locker room, C.J. Anderson has catalyzed into THEE priority add of the week. However, he’s likely not available in any competitive league. But Juwan Thompson is, and he’s just one Anderson tweak away from being the last running back standing in Denver. There’s value in that. Ball’s scheduled for an MRI Monday, but early reports don’t sound encouraging for an expedited return to the field… I know it can be difficult to sift through my terrible recommendations, but you really should have grabbed Jonas Gray for nothing during the Patriots’ bye week. Now, it’s going to cost you the rest of your FAAB budget if you want him. Just don’t dupe yourself into believing Gray is a potential savior at RB – he ain’t.  If he doesn’t score four TDs the remainder of the year, who’s going to be stunned? This is the New England offense we’re talking about. Gray is valuable for his upside, however, there are safer options with more defined roles that may be available. I’d want him as a RB3 that I can deploy if needed, but after his Sunday night explosion you’re going to pay top tier prices. And if you’re planning on using him next week against the Lions, be prepared for mediocre returns… Tre Mason persists as the most criminally under-owned RB on the Week 12 waiver wire. Forecasting 29 carries on the regular may be a tad ambitious, but his role as lead back in St. Louis is firmly established. With so few RBs consistently generating 20ish touches on a weekly basis, Mason should be owned in every league, not just under half…  Charles Sims topped the Tampa backfield in touches for the second straight week, and didn’t do much with them, again. The Bucs appear committed to letting Sims develop, so snatch him up as bench fodder and see what happens… Alfred Blue showed why he’s an elite handcuff, bailing out any owner that swooped in and nabbed him off free agency after it was announced Arian Foster would be sidelined. Unfortunately, Blue appears to be a one-week Band-Aid, with Foster expected back on the field when Houston hosts Cincy… In a swerve lifted from the pages of a WWE script, the Browns announced Isaiah Crowell would be the starter against the Texans about an hour before kickoff. Injecting just what we needed from the Cleveland backfield, more confusion. Crowell handled the majority of touches over Ben Tate and Terrance West, and in a giant show of support, wasn’t benched after fumbling in the red zone. With so much uncertainty from this unholy triumvirate every week, it’s going to be impossible to start any with confidence, but CROOOOW! is now the one to own from the trio, until he inevitably isn’t anymore… With Fred Jackson expected back (for real this time) in Week 12, Anthony Dixon will hold slightly more value than Bryce Brown. Dixon will retain his 10ish carries between the tackles while Brown will merely lose snaps to F JAX. Now, if Jackson were to re-aggravate his groin and miss more time, Brown would be the guy you’d want to own. Frankly, if Jackson is at full health, neither are roster worthy outside the deepest of leagues… Eventually, Pierre Thomas will return to the Saints, probably. And with a schedule of CAR/CHI/ATL to close the Fantasy calendar, he’s deserving of a bench spot in any PPR league with 12 or more teams… The handcuff stash POWER RANKINGS are as such: Knile Davis > Joseph Randle > Alfred Blue > Carlos Hyde > Christine Michael… RIP Ahmad Bradshaw. Thanks for all your hard work. I look forward to drafting you in the 14th round again next year and getting a similar ROI. Following the same logic that landed me Bradshaw on every team, since Daniel “GO BOOM” Herron is not Trent Richardson, he’s now the best RB on the Colts, and deserving of a roster spot.

DO NOT forget about Cecil Shorts on the Week 12 waiver wire. You’ll be able to acquire Shorts’ services on the cheap because he’s coming off a bye week, but he’s a MUST HAVE now that Allen Robinson is out for the season. Shorts has at least seven targets in all six of his healthy games this year, and that number’s only going to balloon with Robinson reduced to spectator duties; double-digit opportunities every week is the most likely outcome for the situation. So fuse that projected elite usage with an incredible schedule in the Fantasy playoffs (HOU/BAL/TEN) and you have the makings of low end WR2 in PPR formats and solid WR3 in standard leagues over the final five weeks. Allen Hurns merits consideration as he’ll see a boost in looks, Marqise Lee too. Although, no other Jags’ WR will be as consistently productive as Shorts… Because I’m in a giving mood, here are some more available players to target with soft playoff schedules… If, for whatever reason, Jordan Matthews is still lingering on your Week 12 waiver wire, you’ll wanna get him. Mark Sanchez loves him: Matthews has four TDs in 11 quarters with Sanchez under center… Kenny Britt will be useful as a bench option with upside to play in a pinch. That’s it however. Banking on reliable numbers from Britt every week would just be foolish… Turns out Rueben Randle can catch after all – HUZZAH!!!! He finally put his overload of targets to good use, hauling in seven balls for 112 yards. Sure, he’s no Odell Beckham Jr., but cutting him was a bit reactionary. Randle’s 16th in targets among WRs with 79… It’s difficult to project how the RETURN OF JOSH GORDON!!!!!!!!! will affect both Andrew Hawkins and Taylor Gabriel, so temper your FAAB bids accordingly. I very much doubt either hovers around double-digit targets each week with Flash lined up on the outside… Some scrub named Charles Johnson piled up 87 yards on six grabs for the Vikings. NEWS FLASH: If you’re starting any Vikings’ WR your team is garbage… Much like Shorts, Doug Baldwin needs to rostered for the Fantasy playoffs. He’s averaging eight targets a game since Percy Harvin was run out of Seattle and sees the thin secondaries of Philly, San Francisco and Arizona in weeks 14-16; all three rank inside the Top 12 in Fantasy points allowed to WRs for the season. Show Jermaine Kearse some love in deep leagues too… Emmanuel Sanders is already in the NFL concussion protocol with a timetable for return of UNKNOWN. Every head injury is unique, making projecting a comeback date nary impossible; Sanders could miss no time (i.e. Eddie Lacy), he could sit out multiple weeks (i.e. Jordan Cameron). Hopefully, Sanders experiences a quick recovery, but in the meantime, Andre Caldwell appears to be the primary beneficiary. Caldwell manned the outside in place of Sanders against the Rams, piling up three catches for an uneventful 31 yards on four targets… Jarvis Landry is averaging five receptions a game since Week 5… The ball ended up in the direction of Damaris Johnson on eight of Ryan Mallett’s 30 drop backs. He’s a name to throw on to your watch list… Very quietly, Hollywood Chris Hogan has built a rapport with Kyle Orton. Hogan’s snatched five or more balls four the past five games, averaging 66.5 yards in those contests and gets that sieve Jets secondary in Week 12.

Yes, this is a real commercial played in the Bay Area during the SD/OAK game.

In the continuous cavalcade of Broncos’ injuries, Julius Thomas sprained his ankle early in St. Louis and never returned. He’ll undergo an MRI Monday, so keep tabs on that, but it looks like he’s avoided the dreaded high ankle sprain. If it’s revealed Thomas will miss any time, even one game, Jacob Tamme vaults into the Top 10 of the position… When Rhett Ellison breached the goal line he made it eight TDs against Chicago by TEs in its past four games. Up next: Austin Seferian-Jenkins… Larry Donnell is far more Fantasy friendly when Rashad Jennings is active. Plus, he draws Dallas in Week 12… The severity of Dwayne Allen’s ankle injury is unknown at the moment (Update: High Ankle Sprain). Should Allen spend an extended session in the triage unit, Coby Fleener transforms into a very credible option at a position that’s been a black hole for most Fantasy owners… It was nice to see the Texans utilize a tight end, but don’t get too excited for Garrett Graham. Sure, he found pay dirt; only saw two targets, though. And the refs won’t assist him every week… J.J. Watt doesn’t qualify at TE, but if he did, I’d start him over Vernon Davis… The second best option to streaming against the Bears? Streaming against the Jets. Scott Chandler will to be available if you’re truly desperate… Has there ever been a more Jermaine Gresham touchdown?

Ryan Mallett posted some usable totals against the Browns, but the Bengals pass defense is another beast. The past four weeks, Cincinnati’s only allowed three scores through the air. Don’t get caught up in the hype… Kyle Orton is a far superior alternative against the Jets. Gang Green is the third most generous unit to opposing QBs for the season, seventh the last four weeks and have ceded 11 passing scores in their four road games… Brian Hoyer only completed 40-percent of his passes against Houston, yet put up 330 yards anyway. His aDOT and yards per attempt are among the NFL elite and he’s exploited his past two favorable matchups, so you’d assume a date with Atlanta (indoors), combined with Gordon’s return, makes him an acceptable stream… If you’re stuck for a pivot, always search for the QB playing the Eagles. Zach Mettenberger wins that lottery in Week 12. Philly’s given up multiple passing scores in every game this season, sans one… Seriously RG3: I love you, I love your playoff schedule, but stop doing this.

Jacksonville’s back off bye, making the Colts the safest streaming option on the Week 12 waiver wire. The Jags have made the opposing D/ST a Top 10 play Every. Single. Game… If the Eagles were cut because of their brutal Packers matchup (smart btw) now’s the time to go get them. Tennessee is allowing over ten points to D/STs in Mettenberger’s two starts… Green Bay’s D/ST is scorching at the moment, posting 17 and 26 Fantasy points the last two weeks, and Minnesota is a far more anemic offense than either Chicago or Philly… I’m never big on road defenses in the Thursday nighter, but I’ll make an exception for Kansas City at Oakland.