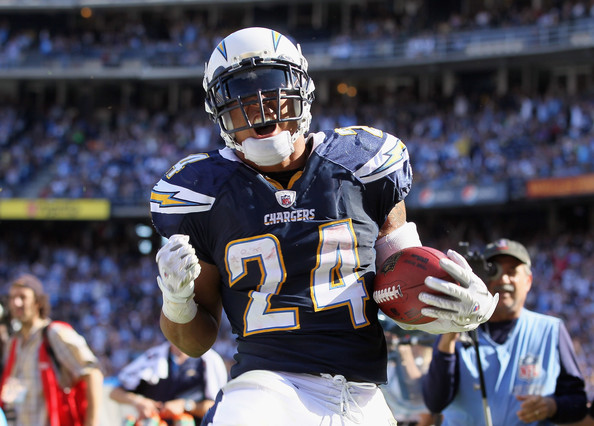 FNTSY Sports Network’s Pat Mayo and Evan Tarracciano recap the Week 10 NFL injury report and debate Mayo’s Week 11 Waiver Wire FAAB Rankings. They address how to approach bidding for need versus depth, which defenses and QBs make the best streams and how each player on the Week 11 Waiver wire should be assessed differently based on your roster construction.

UPDATE: Ronnie Hillman will be out at least two weeks with a midfoot sprain. This changes the pickup strategy on the Week 11 Waiver Wire, mainly because we don’t know the status of Montee Ball entering the Broncos’ matchup with the Rams. C.J. Anderson gains short term value for the next few weeks if you need a plug-and-play, but if Ball’s healthy and active this weekend, I’d wager Anderson’s splitting carries, at best. He’s worth an add, and if he plays well, could run away with the gig; however that’s a low probability outcome. In deeper leagues, you may as well snag Juwan Thompson for nothing with all the attention focused on Ball and Anderson. Thompson could sneak his way back into the mix too. Basically, Hillman’s absence gives Ball the opportunity to regain his former starting role and keep it. Wouldn’t it be dandy if your first round pick started delivering first round value? Even if it’s ten weeks after you actually needed it.

… Fred Jackson was surprisingly in uniform for the Bills, but he was clearly on a limited snap count. His status must be monitored closely with Buffalo playing Thursday night; still, anticipate his touch total rising against the Dolphins. By how much? Look, if I was able to predict the future, I’d do something higher paying than a Fantasy Football analyst, and be right more often. Between Anthony Dixon and Bryce Brown, neither should be considered a startable option, but Dixon looks like a better bet to see more carries of the duo. Brown ended up with 13 to Dixon’s 9 against the Chiefs, however a healthier Jackson means fewer snaps, and looks in the passing game, for Brown… Don’t forget about Jonas Gray coming off the bye. He’s averaged 14.5 carries over the Patriots’ last two… Ryan Mathews either. Expect Mathews to regain lead back status in San Diego and see 15-20 touches a game. Hold Branden Oliver if you can, though; as a wait-and-see precautionary move. It’d be nice to see how the touch distribution actually shakes out first… Tre Mason. Please, he’s getting the majority of carries for the Rams, pick him up. Mason’s awesome and no one’s seemed to notice. He’s going to matter in the Fantasy playoffs… Bishop Sankey is below the 60-percent ownership threshold for the first time this season. I find that confusing. While he hasn’t been good, Sankey’s past four weeks have been his most productive of the year. He’s averaging 17 touches a game in that span. And I guarantee Ponce de LeonWashington won’t steal his goal line touches on a regular basis. Sankey’s a solid depth RB with upside down the stretch… With the way that people were asking start/sit questions Sunday morning, you’d assume Charles Sims was already in the Hall of Fame. That, may take sometime. Now, there was good news, Sims saw the plurality of carries among Tampa RBs: eight; for an unimpressive 23 yards. Plus, he lost a fumble and got stuffed from the one. I see the upside with Sims, I do, just don’t go mental thinking he’s a game changer on the Week 11 waiver wire. Bobby Rainey is still going to be involved and persists as the better short term option… Carlos Hyde would have real value if Frank Gore went away. Problem is, Gore is a secret highlander, he’s basically immortal. Hyde found paydirt, but only had four carries; doesn’t sound like a wise investment. He’s nothing more than a handcuff. And, don’t discount the possibility that Gore simply convinces Hyde to quit football. He’s done it to every other backup he’s had… Lamar Miller fell on his already aggravated shoulder and only got a handful of touches after. Damien Williams received more of the work than Daniel Thomas, which is worth noting with the Dolphins having a quick turnaround, playing Thursday night. Williams looked better too… In the “praying the starter gets injured” power rankings, it goes Knile Davis > Joseph Randle > Alfred Blue > Carlos Hyde.

Update: As it turns out, Mark Sanchez and Jordan Matthews are best friends. I feel like my Eagles-inner circle sources let me down on that one. With the Sanchize under center, Matthews is a legit alternative, as Riley Cooper doesn’t appear to be factoring in to the game plan whatsoever.

Very excited for Cecil Short to absorb ALLLL of Robinson’s targets. If he’s out there, especially in PPR, go get him. Then pray for health

There’s really no need for Odell Beckham Jr. and Martavis Bryant to be so wildly available. What sort of league are you playing in?… Greg Jennings may have went on bye, but he’s still put up at least 12+ PPR points in his last three games. That didn’t change… Kansas City WRs never score touchdowns, probably due to play calling confusion, but Dwayne Bowe is posting points week after week, just not a ton of them. Bowe hasn’t fallen below five receptions in any of his past four games and has cracked double-digit targets in two straight… Allen Hurns left with a concussion, allowing Cecil Shorts and Allen Robinson to dominate the targets for Jacksonville – on a larger scale than normal. Shorts was the one that exploded, because of one long grab, but it was Robinson that breached 10 targets again, for the second time in three games; he hasn’t dipped below seven targets in any game since Week 3. With their consistent weekly usage, both are tremendous options if you’re looking for a WR with an elevated floor for the bench. And they’ll be cheap, so that’s a bonus. Jacksonville’s been awarded 13 lieu days for its efforts towards global domination… Jarvis Landry continues to assert himself as Ryan Tannehill’s underneath look in the passing game. It’s doubtful he’ll transform into a “must start” for your squad, but in deeper leagues, he’s getting enough weekly opportunity to merit an add… Apparently, long touchdowns turn John Brown into Michael Flatley, with NINJA QUICKZ.

With Delanie Walker suffering a concussion, tight end has officially turned into a wasteland of talent outside of the elite guys. Making the Week 11 waiver wire more barren than usual. Dwayne Allen is the top add. He’s been the most consistently productive of the group and draws a solid matchup with the Patriots. New England’s been the fourth most generous defense to the position the last month. Coby Fleener makes a sneaky stream too… I had previously liked Tyler Eifert more than Kyle Rudolph as a stash, but it’s been hinted Eifert will be out longer than anticipated, maybe for the season. That vaults Rudolph way ahead of him, obv. Rudolph practiced during the Vikings’ bye week and plans on returning in an ultra favorable matchup against the Bears. If Rudolph still can’t go make Chase Ford a one-week filler, if you need help. Chicago is hemorrhaging TE points… Make it 17 targets the last two weeks for Charles Clay and 4+ receptions three of the past four weeks. That’s something… Mychal Rivera, and his super hot sister (they’re a combo deal), now have 28 targets the last three games. They mostly come in garbage time; fortunately, that starts in the second quarter for the Raiders… Jared Cook has filled his quota for the season. Instead of picking up Cook, watch Too Many Cooks or Weber Cooks instead.

Mark Sanchez, still the best widely available QB pickup on the Week 11 waiver wire. The Eagles’ system will carry him, as will trip to Green Bay… Derek Carr was brutal, yet Fantasy serviceable against the Broncos, and he did torch the Chargers in their last meeting. Streamers take note… Good thing Carson Palmer signed that extension before Week 10. He’s probably finished for the year. Drew Stanton was OKish during his last stint in relief, but a matchup with the Lions is good for no one… Fact: Teddy Bridgewater hasn’t been very good. Although, a date with the Bears could modify that narrative… FYI: This is why people still believe in Colin Kaepernick, he’s basically Favre 2.0.

Thursday night games are some is the least projectable, yet, the D/STs – both home and away – have shown a propensity to post points in giant sums. And these are two excellent match ups. Buffalo will generate more pressure than usual with Brandon Albert missing from the Dolphins’ offensive line for the season, and Miami gets to face Kyle Orton. How couldn’t that be a good thing?… I hate the Saints defense, mainly because they suck, but, who knows what Andy Dalton is capable of next?… Cleveland’s D/ST has scored 8+ points four straight weeks and draws Ryan Mallet in his first career start. As long as Arian Foster doesn’t murder them, they should be useful… Washington is gifted Josh McCown coming off its bye. Somehow, road McCown is worse than home McCown. Yes, that is possible… Houston may have been dropped in your league because of the week off. J.J. Watt basically guarantees them a floor of eight points a week, everything else is just a bonus… CON: San Diego’s defense struggled with the Raiders earlier this year. PRO: The Raiders also produce approximately 12 plays every game that are some version of this atrocity.