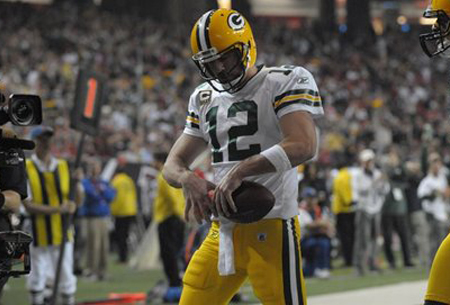 • Since 2009 the bust rate among drafted QB1s (Players selected inside position’s top-12 that finished outside the top-15) is 23.6 percent, the lowest of the major positions.

• According to average draft position (ADP) values tracked at Fantasy Football Calculator Eli Manning is the fastest rising QB in early drafts. His value has climbed from 102.7 ADP to 94.6 over the past month.

• Conversely, Cam Newton’s perceived worth has fallen off considerably. Over the past 30 days his ADP has ballooned from 64.3 to 71.9.

• In 2014, the biggest QB kings of inconsistency, players who ranked inside the QB top-12 but totaled the most below-average performances (under 16.8 points per game average) wereMatt Ryan (9), Ryan Tannehill (9), Ben Roethlisberger (8) and Philip Rivers (8).

• Tom Brady’s upheld four-game suspension, for now, has driven his ADP to 84.8, the lowest its been in 12 years. His temporary replacement, Jimmy Garoppolo, meanwhile, has been picked in only three percent of Yahoo drafts.

Below are eight pressing questions about QB nearing draft season.

Andrew Luck, who bested No. 2 QB Aaron Rodgers by a full two points per game a season ago, has driven wedges among fantasy players. Late-round QB devotees giggle at the mere thought of selecting him before Round 3 in 12-team drafts. Cautious drafters, meanwhile, mock anyone who passes on the Colt for a high-risk RB. Take a stand: Is it SMART or SILLY to entertain Luck in Round 1 of traditional scoring (4 points per pass TD) drafts?