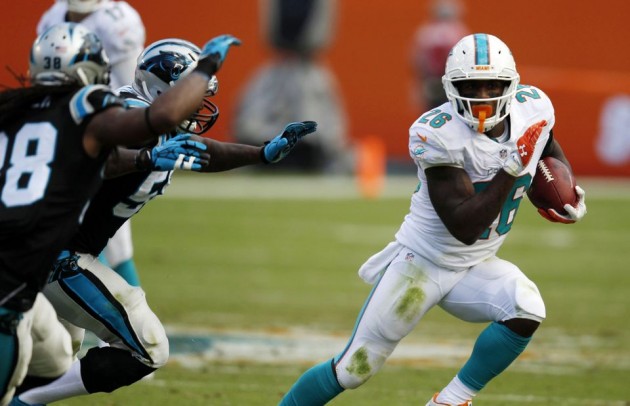 FantasyAssembly.com names his best best buy low & sell high candidates heading into week 8 of the season. Will Darren McFadden take over the Cowboys running game after a strong performance?

If you have a playoff spot all but locked up, congratulations.

Now that we are beyond the halfway point in the fantasy football regular season you are in an interesting situation.

At 7-0 or 6-1 it could be time to trade away your valuable depth in order to upgrade your starting lineup.

If you have four great receivers and can only start three, do a two for one trade to get a better receiver.

Find that team in a bye week crunch and trade them Allen Hurns and Donte Moncrief for Amari Cooper. You would be surprised what a desperate owner will do in order to keep their playoff hopes alive.

You might have to overpay to get a trade done. Don’t be afraid to overpay. If your starting lineup gets better for the long haul do the deal. As long as you have one player on your bench that you can plug into your lineup if an injury occurs, your team should be ok. Holding onto Allen Robinson as a fourth receiver doesn’t help your team if you aren’t playing him.

I have said it before and will say it again, keep trying to make your team better. Just because you are sitting pretty or almost eliminated doesn’t mean you shouldn’t keep trying to improve your team.

Lewis played through an injury last week and sat out this week with the same injury. James White took over the passing downs role and played the majority of the snaps; White was on the field for 44 snaps compared to Blount’s eight. White did very little with his snaps, only getting one carry and three receptions. The Patriots may have kept Lewis out to give him extra time to recover for a Thursday night game against the Dolphins.

The Patriots didn’t have a lead to milk the clock late, and they played a team with a great front seven; a recipe for disaster for Blount. He will be up and down all season, but the Patriots aren’t going to have too many games where they don’t even try to run the ball. They also might not have many games where they don’t win by 20. He is a must play in games the Patriots are big favorites or playing a bad run defense.

Marshall’s streak of 100-yard games ended against the Patriots. Marshall had a big drop in the game that turned the tide and gave New England a chance to win. Marshall is still the go to guy in this offense, some of the better defenses in the league might be able to take him away, but his next two opponents (at Oakland and at home against the Jaguars) shouldn’t be able to.

I think it is easy to say that the Miami won’t be putting up 42 points per week. The Dolphins play New England on Thursday night and should come crashing down to Earth. I am not sure if owners can get great value for Tannehill, but as a throw in to an owner who needs a quarterback, or a bye week fill in, he could be a little sweetener to get the deal done.

If you have been following my week-to-week writing you should know how I feel about Ingram. This was his first really good all around game and he was taken out for goal line work, losing two touchdowns to Khiry Robinson. This was Ingram’s first 100-yard game of the season and he lost some of his goal line work to Robinson. Ingram still has his bye week coming in week 11 so you won’t have him for at least that week. Ingram does have a nice playoff schedule, but you have to get there in order to capitalize on it.

Miller was fantastic this week. This week will be one of the best fantasy point games of any player in the league this season. At this point I see Miller as a borderline top 10 back. The coaching change has given him a bigger workload. A cause of concern is who these huge games have come against. He ran all over a Titans defense that has only been able to stop an injured Boobie Dixon and a Texans defense that has just been awful all season. I think after this two-week stretch you can sell Miller as an elite back, around the top five value.