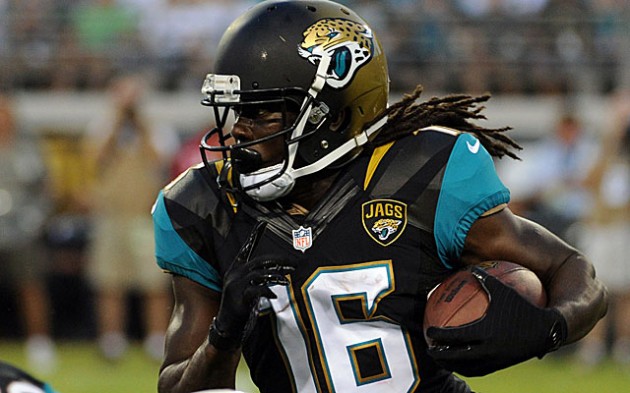 It’s the most wonderful time of the year. No. I’m not talking about the holidays or Christmas. I’m talking about our being in the home stretch and my yearly present to you: the final four weeks of matchup rankings for each team. Yep. Not only do you have the Week 12 rankings by matchups this week, you get the huge benefit of knowing how each team stacks up for Weeks 13-16, so you can make any last minute trades and fleece your leaguemates. Excited?

Why did I stop at Week 16? Because unless you are ape nuts crazy or don’t have the cojones to tell your league commissioner that he’s the mook, you should never play out Week 17. Ever… Unless it’s DFS, but we’re not talking about that… for now. So get comfy because the Week 12 rankings are beefier than ever.

Kyle Orton has been fairly reliable, and he has the most favorable matchup this week, but I want to talk about the one right behind him: Josh McCown. Over the past two weeks, McCown is averaging the fifth-most Fantasy Points Per Game (FPPG) at 20.1. McCown has two touchdowns in each game with 301 and 288 yards. The Bears have a DAFP of 20.1, have allowed at least one passing touchdown in every game and Teddy Bridgewater was the first quarterback since Week 1 (E.J. Manuel) to not surpass 248 passing yards. I’m plugging in McCown over Robert Griffin, no question. Not only has RGIII struggled – one touchdown in each of the last two games with 14 and 12 Fantasy points – he faces the stifling 49ers defense that allows just 14.6 DAFP… and it’s on the road! As a quick sleeper for you, Pat Mayo and I discussed Zach Mettenberger on the podcast this week. Every quarterback, except two, has finished in the Top 10 against the Eagles’ defense, and the two that missed were Eli Manning and Colin Kaepernick, who finished 12th. Don’t think that it’s all studs either, as Kirk Cousins, Austin Davis and Ryan Fitzpatrick finished second, third and eighth, respectively.

I had mixed reactions when the Browns announced Isaiah Crowell as the starter last week.

Even now, Ben Tate is gone, but Kyle Shanahan isn’t. That’s the rub. Shanahanigans are in full force with the “running back having the better weekly practices” getting the start. I believe in Crowell – I have touted him since February, so I’m not going to back off now – but I just don’t believe Shanahan. I’m still going to play Crowell over Terrance West and over either Jets running back this week. Crowell gets the second-best matchup (move over Falcons, the Giants are taking over!) while the Jets face a Bills team with just 15.3 DAFP. That’s good for fifth in the Week 12 rankings, and good enough for me to stay away from Chris Ivory and Chris Johnson wherever I can.

It’s been tough to trust Kendall Wright this year. Many expected bigger and better things for Wright after 140 targets, 94 catches and 1,079 yards last year (*ahem* *cough* *glances away*).

Wright has been respectable at least, checking in as the 33rd-best receiver and showing his potential against the Steelers last week. Nevertheless, Wright is more matchup dependent these days, but the good news is that no team has a higher receiver DAFP than the Eagles at 27.4. In fact, only three teams didn’t have their top receiver eclipse 12.8 FP against them: Colts, 49ers and Giants. The matchups are why I like Wright more than Michael Floyd or John Brown this week. That, and maybe I am a tad bitter, as I watched Floyd waste so many points on my bench and/or waivers in leagues. I know you share my rage, and if that weren’t enough, the Seahawks lead the Week 12 rankings with the lowest DAFP of 18.4. They have only allowed four teams’ opposing top receiver to hit double-digits, and only the Giants had two. Go figure.

The tight end position has been maddeningly frustrating with production relying heavily on touchdowns. Just look at last week. Rhett Ellison, Tim Wright and Tony Moeaki were all TE1s with a combined 10 yards receiving. 10.stinkin.yards. So where do we look this week? The Jets have allowed the most touchdowns at 11, but I find it hard to ever trust Scott Chandler. The Seahawks check in with 10, but John Carlson… really? Tied with the Seahawks are the Bears with 10, and they also happen to have the highest DAFP of 12.2. Austin Seferian-Jenkins is the man here, and now we’re talking. Last week was disappointing for ASJ, but he does have four games with three or more receptions and two with a touchdown. Seferian-Jenkins won’t crack TE1 status in my rankings, but I’d much rather roll the dice on him than Jared Cook, who only shows up two or three times a year and faces the toughest tight end defense in the Chargers.

Here are your all-important Weeks 13-16 matchups by color code. Everything is better when it’s all pretty and in color. It’s quite simple too. A good/bad split is way too broad for breaking down matchups. So, I broke in down into four “tiers” with 1 being terrible, 2 tough, 3 easy and 4 terrific depending on the matchup.

– Tony Romo will win owners championships. His toughest opponent is in Week 16, and that’s still a favorable matchup with the Colts.

– Robert Griffin is worth stashing in case he works through the struggles. He is the only other quarterback with four favorable games.

– It’s tough to trust Eli Manning, but he is the only quarterback with excellent matchups in both Week 15 and 16.

– Not that you were using Michael Vick anyway, but he has the worst four-game stretch.

– Russell Wilson arguably has it just as bad. While Vick has two semi-tough matchups in Weeks 15-16, all of Wilson’s are in the toughest group except Week 14.

– Jay Cutler has a great playoff matchup for Week 15, but in the championship week, no one has it tougher (Lions).

– Why is there so much potential for Crowell? Once he gets past the Bills in Week 13 it’s clear sailing.

– Arian Foster will win championships, and he is nearly immune to matchups. Nevertheless, having the toughest championship week matchup takes a bit of the shine off those three prior weeks.

– DeAngelo Williams and Jonathan Stewart have good matchups all four weeks. Now good luck trying to use either.

– People may think there is upside with Latavius Murray, but even if he gets every carry, no other running back has four terrible matchups!

– Marshawn Lynch has a nice Week 14, but that’s it, as every other matchup rates poorly.

– Not only is Andre Ellington averaging just 3.4 YPC, but after Week 13, he doesn’t face any easy defenses.

– How does Doug Baldwin have the best receiver schedule when Wilson had one of the worst for quarterbacks? The Cardinals give up the fifth most receptions and 10th most receiving yards but have the second most interceptions (15).

– Even with a semi-tough championship game against the Browns, Kelvin Benjamin still has a great stretch run.

– As if you weren’t enjoying Jordy Nelson and Randall Cobb enough, after Week 13, no duo has it better.

– Anquan Boldin has been the one reliable option in the 49ers passing game, but his four game finish is the worst for any receiver.

– Championship week is appealing for Jeremy Maclin and Jordan Matthews, but the three games leading in are as rough as they come.

– Brandon Marshall and Alshon Jeffery are must-starts, but outside of the Saints game, it’s going to be tough.

– Zach Ertz was a popular breakout candidate, and he just might fulfill those desires with matchups against DAL, SEA, DAL and WSH.

– The same goes for Travis Kelce and his plus schedule… if Andy Reid decides to ever use Kelce more.

– Once Delanie Walker gets past the Texans in Week 13, it’s clear skies and plenty of Fantasy points ahead.

– Owen Daniels was a decent find for Dennis Pitta owners and the like, but outside of Week 15, his finishing schedule is awful.

– Greg Olsen has been one of the best tight ends this year, but if your trade deadline hasn’t passed, consider selling him given the four-game slate.

– If Julius Thomas is healthy, he could have a tough few weeks heading into the championship game, especially since 62.8 percent of his Fantasy points have come off touchdowns.