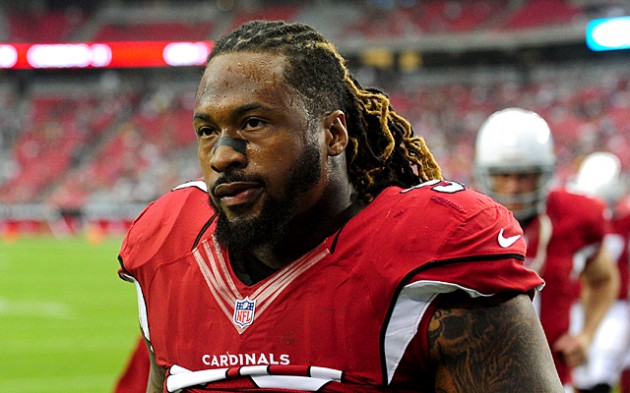 “The lawsuit, filed Nov. 20, claims that the fantasy sports website’s claim to match a new member’s initial deposit of up to $200 is inaccurate, claiming instead a complicated formula used by the site ‘does not match a single dollar.’ The lawsuit claims rather than matching the new member deposit, the website uses a formula that releases four percent of the entry fee during each contest entered. Instead of a $200 deposit resulting in $400 in a member’s account, a consumer receives a bonus of $8 if he or she enters a $200 contest.”

Mayo and Hopkins continue to chat about the potential legal hurdles Daily Fantasy sites may have to leap in the coming months, at both state and federal levels, how the NFL’s arbitrary personal conduct policy may lead to a lawsuit from Ray Rice and the legal ramifications of Darnell Dockett live tweeting and taking pictures while serving jury duty. The guys close attempting to figure out how Commissioner Goodell would react to this theoretical situation: If a player loses a finger on the field and another players eats said finger, but claims he was protein deficient, would his suspension be more or less than Josh Gordon’s?