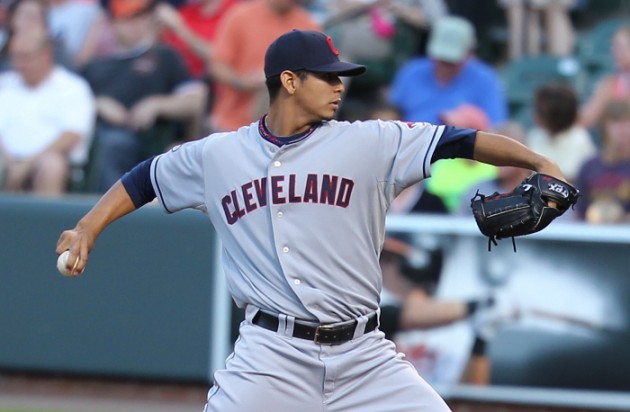 The final week of the Fantasy Baseball season is here and what a week it is! Week 26 is full of top-end Two Start Pitchers. You shouldn’t want it any other way in the last week of the season. Let’s hope you own a couple of the studs below, but if you don’t it makes streaming all that more important. Problem is, because there are so many aces slated to go twice this coming week, it makes it tough to find a stream. Or at least a safe stream. Remember it’s just as important to rest and sit guys as it is to stream. Every move is critical and it’s crunch time. The key is to look at your opponents pitchers. Find out how many starts he has lined up and how many favorable matchups he has. You don’t want to waste all your adds by mid week, but it’s not a bad strategy to beat your opponent to the waiver wire. You don’t have to make that start on Saturday or Sunday if you are ahead in your matchup, but you can block your opponent from streaming a solid option. Just because you have them, doesn’t mean you should start them. You could take home ERA and WHIP and still have fewer starts than your opponent.

@chrismeaney I should have listened. Took a shot on Hutchinson. May not make it out of the first!

It’s important to note that many teams are using a 6-man rotation this late in the season and a number of things can change as MLB plays out its final week. Teams have yet to clinch meaning games are still meaningful. Felix Hernandez or David Price may not take the hill for a second start come the weekend. The M’s and Tigers could easily push them back in order to pitch in a potential Wild Card play in game. Same can be said for Adam Wainwright, Madison Bumgarner or Francisco Liriano. All three could be moved back and lined up for game 1 of a Division Series. The Orioles are one of the many teams who have moved into a 6-man rotation as of late and depending on how their week goes they could keep that pattern going. Ubaldo Jimenez is scheduled to start Tuesday against the New York Yankees. He may go again on Sunday. The Orioles are going to want to set up their pitchers however they want them heading into the ALDS. It’s probably best to stay away from Jimenez anyway in a championship week.

I joined Garion Thorne to talk about Two Start Pitchers who are most likely available on your waiver wire who could help you seal the deal in Week 26 of the Fantasy Baseball season:

Week 26 Two Start Pitchers – No doubt about it:

Amazing:Carlos Carrasco 2d pitcher to fan 12 in CG in only 98 pitches.Guy named Koufax did it in 97 pitches,’64 no-hitter. Koufax, Carrasco

Holland has made four starts since returning from the DL and hasn’t given up more than a run in any of them. Three total runs and a 22K/3BB ratio over 27.1 innings. His last outing against the Athletics was his first in which he walked a batter, ending a 24 inning streak. He walked three, but gave up only one earned run on four hits while fanning five in 6.1 innings. His ERA actually went up!

Over the last three years we have been used to seeing about seven strikeouts and two free passes per nine from Holland. We can count on that most nights. We can also count on Holland keeping this stretch going against two teams who are struggling at the dish. The Astros lineup has pop potential and Holland is due to give up a home run, but he has relied more on his slider since his return and he has the second highest swing strike percentage (29.9%) on that pitch. Right behind Clayton Kershaw. The Astros rank in the bottom half in wOBA, runs, RBI, avg and have the second highest strike percent over the past 30 days. You can bet Houston and the even worst statistically Oakland Athletics over the same time period, to see a lot of that slider come Week 25.

It’s three straight starts of three runs or fewer for Wilson and he’s been better in each outing, but he is still a dangerous play. Wilson spun seven scoreless innings with seven punch-outs in his last outing which came against the Mariners. It was Wilson’s third straight win, but he still walked three batters giving him a total of 10 in his last three games.

Wilson will get the A’s and M’s again during week 25, two teams fighting for their playoff lives. Oakland has struggled at the plate over the past month and are nowhere near the same offensively with the loss of Yoenis Cespedes. With that said, the Athletics have seen their fair share of Wilson over the past two seasons. They know more than anyone patients is key when facing Wilson. He will walk you! He’s walked six in two games against the A’s and seven in three outings against Seattle. Just because you have him doesn’t mean you need to start him. Make smart decisions. C.J. isn’t one at the moment. Not with a Fantasy Baseball championship on the line.