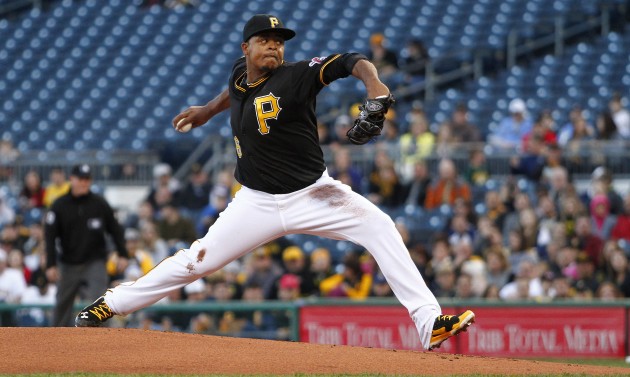 Chances are if you’re taking the time to read, it means you’re moving on to the playoffs or quite possibly the semi finals of your Fantasy Baseball league, so well done! Let’s not take the foot off the gas, though. Two-Start Pitchers is one of the better ways to get ahead of your opponent. Another is streaming starts, which Garion Thorne ranks throughout the season, week to week right here at the FNTSY Sports Network.

Good news for Clayton Kershaw, Felix Hernandez and Jon Lester owners as you will get two starts this week out of your aces, which is always nice in a playoff week. Michael Wacha will make start number two and three since returning from the DL. The Cardinals should continue to ease him back slowly.

At this point every move should be made under a microscope. So go and get it out, and take advantage of a few solid Two-Start Pitchers options for Week 24 of the Fantasy Baseball season.

Week 24 Two Start Pitchers – No doubt about it:

Wacha was a dangerous play last week because it had been so long since he had pitched. He made one rehab start and threw only 34 pitches. He lasted only three innings in hist first start with St. Louis and reached mid 90s on his fastball. Owners should start him twice this week, but don’t expect him to go deep in either game. He only threw 50 pitches in his first start, maybe he reaches 90 by the end of the week.

Since allowing eight earned runs against the Reds on June 18th, Volquez has allowed two or fewer in 11 of his 13 outings and two or fewer in six straight starts. The fact that Volquez is a groundball pitcher makes him a great option, not to mention he has the Phillies and Cubs during Week 24. Start him twice and feel good about it!

22 starts this year for Gonzalez and he’s allowed three runs or fewer in 19 of them. He’s allowed two runs or fewer in 14 of his 22 outings. How consistent can I guy be? Yet, he is owned in only 10 percent of Y! leagues. Gonzalez is also on the best stretch of the season having allowed only four runs over his last four trips to the hill. In 16 innings pitched this season against the Yankees and Red Sox who he’ll get in Week 24 he has allowed only four runs. Gonzalez isn’t flashy as he strikes out only six per nine, but he only gives up two walks per nine. Certainly worth owning.

Has Mike Minor finally turned the corner? I think so, but he will be tested against the Nationals who have been one of the hottest teams in baseball over the past month. Five straight starts with three runs or fewer for Minor, which isn’t great, but it’s a lot better than what we have seen from him this season. If you don’t trust him against the Nationals, fine, but trust him against the Rangers who rank near the bottom of every hitting category in baseball.

Santiago finally came back down to earth in his last start. Before allowing four earn runs in five innings against the Twins, Santiago had reeled off four straight starts having allowed a run or less. Santiago has an extremely high fly ball rate which is worrisome against Chris Carter and the Houston Astros, but I like the play against the Rangers. Santiago pitched against Texas two weeks ago and allowed only one run on four hits over six innings.

You won’t get any innings out of Santiago as he hasn’t pitched into the seventh since April. Wins are hard to stream and very hard to predict, but the Angels have hit very well against the Rangers pitching staff this season. Seven Angels hitters have at least a .300 batting average against Texas this season. Colby Lewis has two outings against the Angels this season and has given up 16 earned runs on 23 hits over 8.1 innings. Ouch!