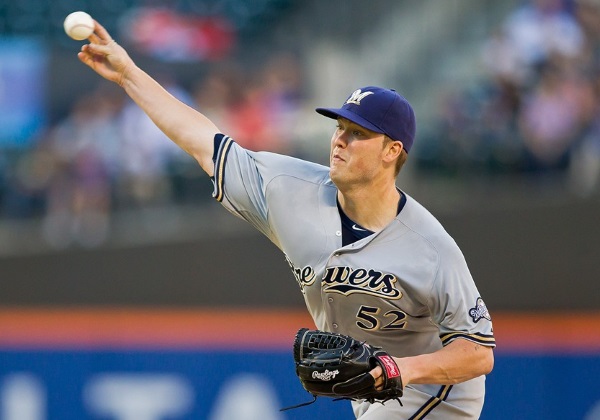 Another week, another set of streamers coming your way. Well, before they come your way, we need to look at last week’s streaming performance. Last week’s weekday streamers crushed it. Not a one of them allowed more than three earned runs and six of the eight recommended streamers had quality starts. Overall, the eight starters went 5-2, with a 1.52 ERA, a 1.13 WHIP and a 9.11 K/9. Yeah, it was an epic week here at Field of Streams and a week that will probably be tough to top, but I’ll give it my best this time around. The epicness of it all last week means there is no call for ins, outs and what have yous, since six of the eight starts were “ins” and there were no “outs”.  For now, let’s just take a moment to celebrate me and bask in my greatness. Okay, that’s good. Now, on to the main course…

Jimmy Nelson, Brewers (@ Phillies) – Yep, it is once again time to point out that the Phillies offense is not so good. I feel like this has been addressed plenty so I don’t need to burden you with the actual numbers the Phillies are putting up. As a baseball and, more importantly a fantasy baseball fan, you should have a pretty good notion of where the Phillies stand offensively. It’s bad. That is just what Jimmy Nelson needs as he has not exactly been piling up the great starts lately. Actually his last start was fairly top-notch as Nelson went eight innings against the Mets allowing just one earned run. I still think Nelson has the stuff to be a decent starter consistently down the road, which in turn means I think he can be a decent starter now against the Phillies.
11.4% owned in ESPN, 12% owned in Yahoo!