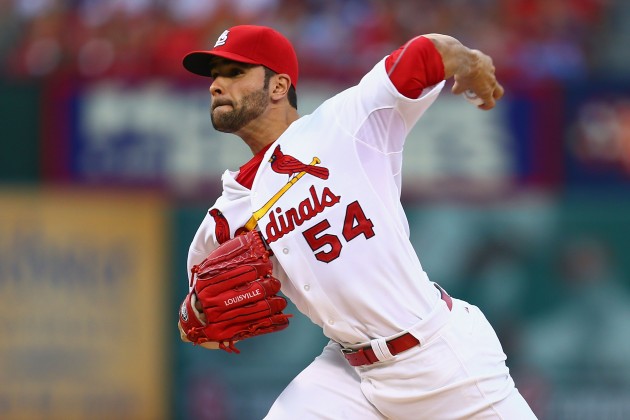 Two-Start Pitchers for Week 10 of the Fantasy Baseball season are not as nice as they were in Week 9, in fact it’s pretty weak this time around. There are only a handful of aces scheduled to start twice in Week 10. The rest are only streaming options and they are decent at best.

It was looking like Liam Hendriks was going to get the start for the red hot Blue Jays on Tuesday, but he will be sent down instead, giving Drew Hutchison two starts, making him one of the better values among Two-Start Pitchers for the week. Chris Sale and Jose Quintana switched spots in the rotation and that gives Quintana two starts rather than Sale. Bummer right? Henderson Alvarez threw a successful bullpen session over the weekend and is ready to go for Tuesday against the Rays and will also start twice in Week 10.

Week 10 Two-Start Pitchers – No doubt about it:

Kazmir is ranked as the 31st best Fantasy Baseball player this season. Tell me you saw that coming! He has been nothing short of spectacular, looking a lot like he did when he was a Devil Ray, yes a Devil Ray! His K/9 is at 6.95 which is down a bit from his career average of 8.71, but his 1.70 BB/9 is much lower than his 3.84 career average. Another thing that is noticeable when looking at Kazmir’s stats is his HR/FB percentage, which sits at 5.6%. Down from his career average of 9.2%. It was 11.6% last season and 16.7% the season before.

You have to think the numbers will even out as the season goes along, even with Oakland being a pitchers ball park. The numbers don’t lie. Kazmir has allowed 11 runs over six starts on the road and only seven in five starts at the Coliseum. He is on the road this week though, New York first, followed by Baltimore. The Yankees mustered only five runs in three games at home against the Twins. Kazmir owners can be confident heading into Week 10, but enjoy the run while it lasts, I really don’t see it continuing.

Week 10 Two-Start Pitchers – Potential is there:

Lackey has turned back the clock this season, building off a solid second half in 2013. He has allowed two runs or fewer in six of his last seven starts and is coming off back-to-back shutouts. He blanked the Rays over seven innings and then the Braves over 6.1 innings while striking out nine.  Lackey is owned in 71 percent of Yahoo! leagues, but that number was below 60 a week ago. A nice grab if you managed to land him earlier in the year as he should remain a solid option for the rest of the season.

Garcia has made three starts since coming off the DL and his last was his best as his shoulder continues to get stronger. The lefty allowed three runs on five hits and lasted seven innings while striking out seven in a no decision against the Giants – his second straight seven strikeout game. Garcia has a 19/0 K/BB ratio over 19.2 innings which is also impressive.

He has a favorable matchup against the Royals, but could be in trouble in his second start, as the Blue Jays have been putting up video game like numbers of late. Toronto has scored an American League high 291 runs on the season and averaged almost six a game in May. The Royals on the other hand, have scored an AL-low 213. Garcia has been one of the most picked up pitchers in Fantasy Baseball over the week and is now owned in 22 percent of Yahoo! leagues. He is a solid grab assuming he is still available on your wire, especially in deep leagues.

Colon is coming off his two best starts of the season. In his last start against the Pirates he fanned nine over 7.1 scoreless innings allowing only five hits and one walk. He also only walked one over eight innings in his previous outing  which came against the Nationals. Another win where he allowed only two runs on five hits.

Colon has two great matchups this week in the Phillies and Giants. Both teams have a strikeout rate higher than 20% – perfection with the 41-year-old possessing a 52/7 K/BB ratio. The move to the National League has brought his K-rate up three percent to 18.7%. Week 10 is pretty thin for Two Start Pitchers making Colon a solid option.

You have to like Arrieta this week simply because the 28-year-old draws the Mets and Marlins, two of the league’s most strikeout happy teams. Arrieta supports a 9.24 K/9 and has 13 over his last two outings. Owned in only three percent of Yahoo! leagues, if you are in need of strikeouts, Arrieta can help fill that void. Four of his five starts have been on the road and his lone start at home came against the Cardinals. He struck out seven over 5.1 scoreless innings.