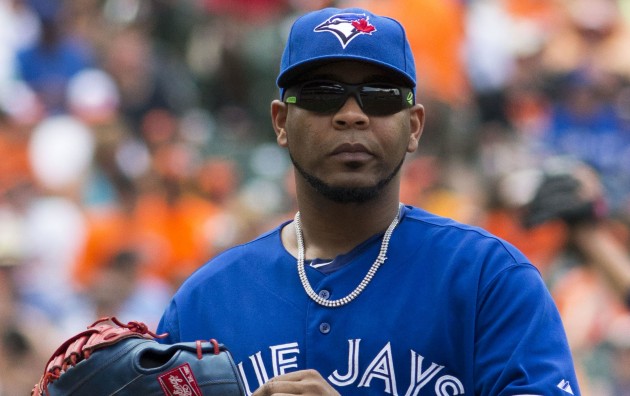 As the 2016 MLB season draws near, we know you have fantasy baseball yearnings that need to be satisfied. As do we. So, in the best interest of us both, we at Fantasy Sports Today decided to invite 30 baseball writers from all 30 MLB cities to break-down their respective teams. It’s our 2016 MLB Season Preview. We’ll be going team-by-team, division-by-division to try and give you insight into all the position battles and roster shuffling as April approaches with some of the best minds in the baseball world.

To begin, Arden Zwelling of Sportsnet Magazine and Sportsnet.ca joins Garion Thorne to talk about the reigning AL East Champion Toronto Blue Jays. What is the role of rookie sensation Roberto Osuna with Drew Storen now wearing blue? Is Troy Tulowitzki set to return to form in his first full season in Toronto and will he continue to hit leadoff? Will Michael Saunders thrive after an injury-plagued campaign and what does his presence mean for prospect Dalton Pompey’s chances of making the Opening Day roster? Also, can last winter’s sleeper darling Drew Hutchison bounce back from a terrible 2015? Will he even be in the Jays’ rotation?