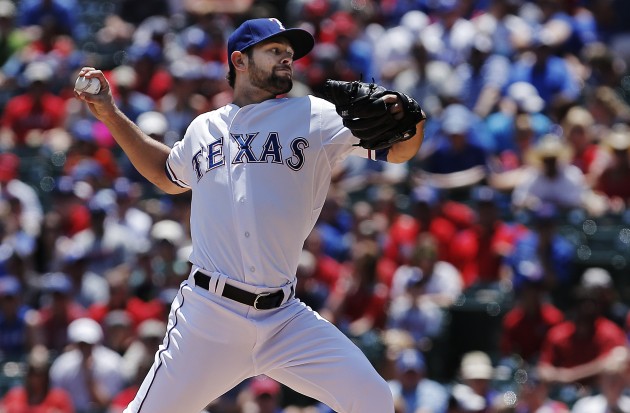 Generally speaking, when your walk rate and strikeout rate are within 2% of each other – that’s a very bad thing, but I still kind of like Nick Martinez on Thursday. The biggest issue so far this season for the rookie has been the free passes. Martinez has surrendered 4.01 per nine through 33.2 MLB innings in 2014, not to mention the seven he had already given up over two starts in AA before getting the call. Now, the righty was never considered to be a control pitcher by any stretch of the imagination, however these numbers are inflated and will normalize, a trend that’s already begun across his last 21 innings. Blame nerves or better yet, something tangible like the opponents, the Rays and Athletics both rank in the Top 5 in BB%, but Martinez couldn’t find the zone over his first 12.2 innings, walking nine batters. He’s issued just six walks since. The strikeout numbers are primed to improve as well. Martinez has set down only 4.81 hitters per nine this year, nowhere close to the numbers he had been putting up in the minors. That’ll happen when opponents are making contact with 94.7% of your pitches inside the strike zone, which would be the second highest rate in baseball had Martinez the innings to qualify. Also, surprise, the Twins offense regressed in May. Finally.