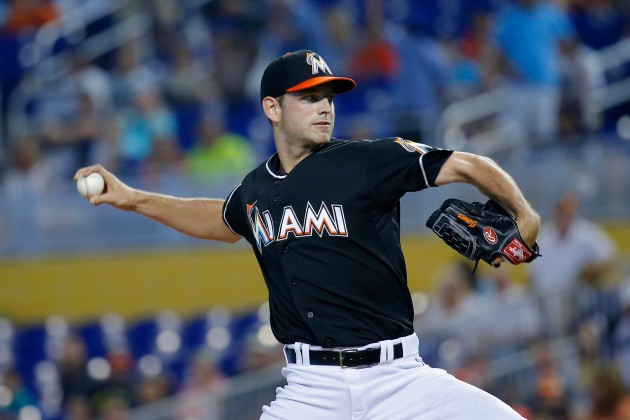 It’s very rare that I’d rather a game with streaming purposes not be played in Petco if given the chance. It’s about as rare as me suggesting that John Danks has any fantasy value, so I guess it’s fitting that the two are intertwined. The veteran will take on the Padres in Chicago on Friday, his first start since holding the Yankees scoreless across eight innings last weekend. If there’s a positive thing I can say about Danks’ current 4.90 ERA it’s that he’s earned it legitimately – his .281 BABIP, 70.3% strand rate, and 9.5% HR/FB ratio are basically league average if only slightly below and the 1.76 BB/9 that the lefty posted last season has proven to be the anomaly that most assumed. However, as mentioned, the game will be played at U.S. Cellular where, somewhat inexplicably, Danks has thrived in 2014. He has posted a 3.13 ERA in five home starts, going at least six innings in four of them – this compared to a 6.83 ERA on the road. It’s hard to have faith in Danks, but it’s even harder to foresee the Padres offense scoring runs without Seth Smith, who has just 20 plate appearances against left-handed pitching this season, not in the lineup. Don’t let me down, John.

Here’s how bad the Royals offense has been over the past two weeks – not only have they accumulated a disgusting isolated power of just .073, but they’re also not getting all that unlucky. With a 13.5% strikeout rate, Kansas City has whiffed far less than any team over the last 14 days, while also possessing one of baseball’s lower walk rates, meaning they are putting the ball in play more consistently than any team, generally the sign of a good offense. Not to mention they’ve stolen most bases, 15, over that span. So it must be a terrible BABIP, right? Not so much. The Royals have posted a league average mark of .280 and still, STILL can not score runs. Is J.A. Happ deserving of his 4-1 record or any sort of real relevance? No. But he did shut down the red-hot Athletics Sunday with seven scoreless innings and has the potential for elite strikeouts, having posted a 8.19 K/9 across 29.2 innings this season. Happ is definitely a risky play, but in deeper leagues he, or more specifically, the Royals ineptness can’t be ignored.