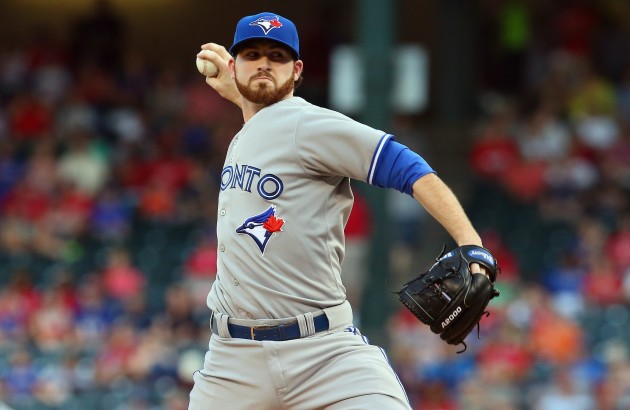 A lot has been made of Henderson Alvarez’s home and road splits, but I feel like most people are misconstruing the message. While a 1.47 ERA at Marlins Park means Alvarez is essentially a must start when taking the hill in Miami, a 4.13 ERA on the road doesn’t suddenly make the righty untouchable. The truth of the matter is, aside from two poor starts in San Diego and San Francisco, Alvarez has been pretty good away from home – and lately he’s just been good in general. The former Blue Jay hasn’t surrendered a run in his past 21 innings, a big part of that trend being he also hasn’t allowed a free pass in 16.1 frames. Alvarez has always been able to stay out of trouble by keeping the ball on the ground, his 2014 rate of 54.3% is seventh highest in the National League, but the company he’s currently keeping is a little mindboggling. Since the All-Star break last season, Alvarez ranks first in baseball with nine starts where he hasn’t allowed a single earned run. This is more than both Max Scherzer and Adam Wainwright, both universally owned, who each have eight. Is Alvarez in this class? No. But he definitely shouldn’t be available in 79% of leagues. Pick him up before someone else lucks into him.

With four wins in his first four major league starts Chase Anderson is an interesting player. I incorrectly assumed that after modest success in his first three outings that Anderson would get hit around at Coors Field, but the rookie produced his best start of the season going six innings and giving up just a single earned run. Now Anderson is back in Arizona where, while the long ball has plagued him, a 17.4% HR/FB ratio screams regression and he’s taking on an Atlanta team that has proven time and time again this year that they just can’t hit right-handed pitching. The Braves are 26th in baseball with a .229 team average against righties, while they rank 27th with a disappointing .119 ISO. They also love to strikeout, currently sitting with the third highest K% in baseball at 23.2%, making this the perfect opportunity to see if the elite strikeout totals that Anderson was producing in the minors can translate. He managed to sit down 8.38 batters per nine across 231 innings at AA and AAA combined, but is just at 5.82 so far this season in the majors. If Anderson can continue to develop his change-up, which not only produces his best whiff rate at 18.3%, but his lowest opponent batting average of any pitch at an impressive .100, he should thrive. Give him a look against Atlanta on Sunday.