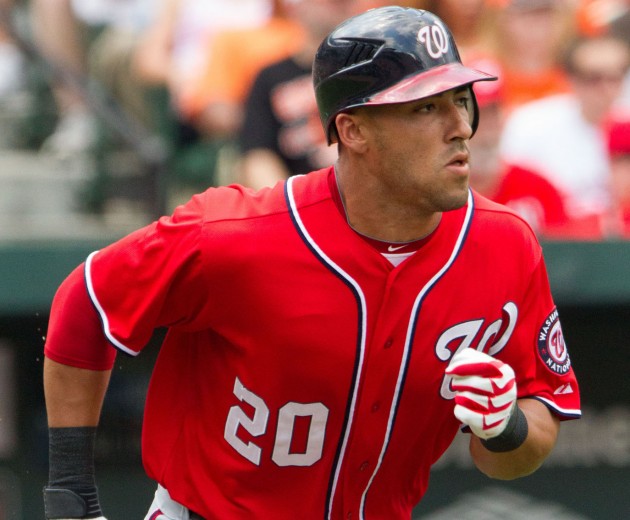 Most Underrated: It’s a dangerous art to derive a player’s worth based solely upon ADP and comparison, but when it comes down to how value is created in drafts, there’s really no other way. Sure, you could be right about this year’s Corey Kluber – you really could. Yet, unless you’re taking that player near his current draft position, what’s the point? Would you have looked like a genius if you took Kluber in the third round last season? Obviously. But by taking Kluber there, you’ve essentially made him hitting no different than the average 10th round selection performing like a 7th. The point is, no matter how good a certain player may be, value is tied more to ADP than anything else, even as much as you shouldn’t let public perception cloud your own rankings or projections. It’s why even though I can admit I doubt the now 31 year-old Denard Span recaptures the complete brilliance of his 2014, he’s still going far too late in drafts to ignore – especially when players of a similar ilk are going much higher. A career .286 hitter, Span batted .302 last year, the first time he had broken the .300 plateau since 2009, not surprisingly the last season the left-handed outfielder also happened to surpass 90 runs. Most concerning in the context of being an outlier, Span’s 31 stolen bases (and 38 attempts) were also a career-best. So, the question now becomes: how much off a fall-off are we to expect of the National? Span still projects as Washington’s everyday center-fielder and lead-off man, very positive considering a huge part of the veteran’s 94 runs (Top 10 in baseball in 2014) was the fact that all but two of Span’s 666 plate appearances came in the lead-off spot. Span’s .355 OBP was just slightly above his career figure at .352, his 9.7% strikeout rate was the eighth lowest in the entire league, and his 92.1% contact rate was second in baseball to only Ben Revere – maybe the most interesting measuring stick in all this. At 27, Revere has already proven himself to have a higher upside than Span in terms of stolen bases alone, however, with a near symmetrical skill set (their .330 BABIPs were identical), are those 20-25 possible stolen bases enough to warrant the 40 picks on average that separate the two in ADP? I don’t think so – especially when you factor in that Span will be batting lead-off in a lineup that Clay Davenport projects will score almost 100 more runs than the lowly Phillies, who, by the way, are projected to be just one of three teams to not cross the plate even 600 times. I’m not saying Span is due for a career-year in 2015, but he’s the cheapest and safest of his player-type, a rare combination indeed.

Most Overrated: My dislike of Andrew McCutchen as the second overall pick withstanding, I give a lot of credence to the old adage that while you might not be able to win a fantasy league with your first few picks – you can definitely lose it, which is why steering clear of high ADP busts are maybe the most important tactic in fantasy. It’s under this pretence that I express my fear of Ian Desmond, who, in almost every possible way, is trending in the wrong direction. Yes, there is a lot behind the Desmond as a second round pick narrative, nothing more impressive and notable, especially in the league’s current power and speed outage, than being the only player to post 20/20 seasons in each of the past three years (Carlos Gomez coming just a single home run short in 2012). The National is also just 29 years of age and about to enter a contract season – a staple in the uneducated’s guide to predicting career-years. However he seemingly can’t make contact with anything, which, you would think would represent a bigger red flag than it’s currently being made to be. Desmond’s 28.2% strikeout rate ranked eighth highest in baseball in 2014 and though it was a stark jump from the 22.1% he posted in 2013, it was the third consecutive campaign that it has risen. Still, even if the overall strikeout normalizes slightly, the peripheral numbers don’t suggest last season was that much of an outlier. Since 2011, Desmond’s swinging strike rate has increased every season (culminating in last year’s 13.8% mark) and his contact rate has fallen every season from a respectable 81.7% to 2014’s 71.9% afterthought. The former Expo draft pick also had one of the league’s ten worst O-Contact rates at 53.5% – a far more direct reason for the massive uptick in strikeouts. Really, the most concerning aspect in all this, is that 2014 appears to signal the beginning of a plateau for Desmond. His .326 BABIP was a single point higher than his career figure, a 50.1% ground ball rate mirrored his 49.2% career mark, and his 17.8% line drive rate was far closer to his 18.2% career number than his 22.5% effort in 2013. Essentially, if Desmond is truly the .255-.260 hitter the data suggests, he’s more expensive Evan Longoria with not even enough speed to justify the price increase – and that’s not even factoring in that regular Longoria is also going too high in drafts. Ian Desmond won’t be a bust in the traditional sense, but I guarantee he won’t return value. As a second round pick, that’s almost as devastating.

Situation to Watch: We’re always looking for the break-out player. I get it. I mean, if you’re reading this article, you’re proving the point that pre-draft research and just fantasy preparation in general has reached such heights that finding the diamond in the rough, the ever unattainable “sleeper” is becoming harder and harder each passing year. So, I understand why we’re ready to applaud the potential that is Marlins’ outfielder Christian Yelich, I’m just not quite sure he’s ready. Now, that’s not to say he isn’t a valuable piece. Yelich tied the aforementioned Span with 94 runs last season, topping it off with a .284 average and 21 stolen bases. He looks legitimate. He really does. But with a current ADP of 81, going as the 24th outfielder off the board, owners are expecting the power surge in year three that will take Yelich from nice prospect to full-on five-tool player – and they’re wrong to do so. The former first round pick is just 23 years old, far away from the popular age 27 season that so often intertwines itself with the projection of power. Has he shown glimpses of power before? In a way, yes. Yelich posted 15 long files in 521 plate appearances in Single-A in 2011 and followed that up with seven in 222 plate appearances and a .238 ISO during a stretch in Triple-A in 2013. Yet, the main problem lies in that Yelich has given himself little opportunity to hit home runs in the majors, like, almost none at all. Among players with at least 900 plate appearances since 2013, Yelich, with 933, has posted both the second-highest ground ball rate at 61.6% and the second-lowest fly ball rate (funny how that works) at 16.7%. The only player to surpass the Marlin’s enthusiasm for power suppression? The also aforementioned Ben Revere. That’s less than ideal. As is Yelich’s 3.42 GB/FB ratio from last season which, again, trailed that of the speedy Phillie and the equally power-blessed Nori Aoki. Obviously Yelich is better than both these men – no one is questioning that, but unless his offensive profile changes drastically during the spring or a Chris Davis-like 30% HR/FB ratio is in the works, I struggle to see where the power is coming from. Not to mention that in it’s three-season existence, Marlins Park has ranked 5th worst, worst, and 5th worst as a home run field according to ESPN Park Factors. I like Yelich, but let’s not get too excited until he’s shown a massive change in approach.

Value Play: Here’s a fun way to spend 20 minutes. Bring up Jarred Cosart‘s FanGraphs page and try to make sense of his brief, 60 inning 2013 season. It’s mind-boggling. The rookie posted a 1.95 ERA and that’s literally where the good times end. Cosart’s 4.68 xFIP is an astonishing two and a half runs higher. His .246 BABIP and 85.9% strand rate are hilarious. He had more walks than strikeouts for goodness sake. That’s hard to do. Still, when you bring a 94mph fastball to the table, people are willing to look past a few things and Cosart was given a place in the Astros’ rotation in 2014 – and, well, he actually kind of ran with it. Okay, Cosart really hit the ground running after a trade sent him to the offensive abyss that is the National League’s East division, but really, the numbers look decent. Over an eight game stretch that spanned to the completion of Cosart’s penultimate start, he would walk eight Nationals in his final appearance of the season, the Marlin posted a 2.18 ERA in 53.2 innings, limiting his walks to a well above average 2.01 per nine – the latter far and away the most important aspect. Cosart has walked over four opponents per nine in his brief career and with little strikeout potential, minimizing baserunners is key for the soon to be 25 year-old’s success. Still, at worst, Cosart and his 54.2% ground ball rate, good for eighth highest in baseball, are a poor man’s version of teammate Henderson Alvarez, privy to the same horrendous Braves, Phillies, and Mets lineups that pitchers feasted upon last season. Going just outside the Top 100 SPs, Cosart might not even be worth a late round selection, but keep an eye on righty for stream purposes at the very least.