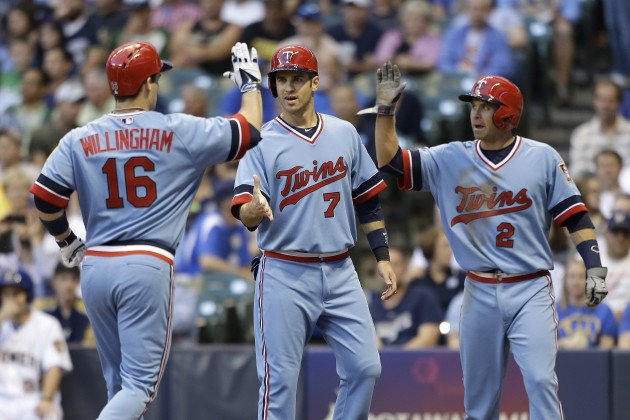 As seen at Fantasy Sports Locker Room, I’ll dive into last night’s Fantasy Baseball News, Notes and Injuries from around the majors – Twitter style. Let’s start off in Miami where Henderson Alvarez pitched another gem of a game.

On the other end of the spectrum, Henderson Alvarez has thrown eight scoreless. Lowers his home ERA to 1.50 over 42 frames at Marlins Park.

In order for Alvarez to get a win it seems he has to pitch a complete game shutout as all three of his W’s have come that way. He now has four shutouts in his last seven starts at Marlins Park, including a no-hitter on the last day of the 2013 regular season. Toronto Blue Jays fans will tell you they don’t think about Alvarez with how well Mark Buehrle has been, plus Drew Hutchison. Now as long as Toronto can figure out a way where he only starts one the road.

The numbers for Hutchison at the Roger Centre are ugly as are the numbers from Joe Nathan of late. As for Anibal Sanchez, solid again. Speaking of again…

No way Jose…Abreu goes yard again. 2nd home run in as many games since returning from the DL for the #WhiteSox 1B and it’s just the 1st IP

I seem to recall attending a meeting earlier this year in which @PerezEd said Jose Abreu would surely hit 40 HR. #goodcall

Jose Abreu sure looks on his way to 40 home runs. Same with these two…

Moss and Abreu have some work to do because Nelson Cruz is havin’ some kind of season.

Josh Hamilton made his return to the Angels lineup and should help fantasy owner, and he was ready!

Ready to be back on the field tonight. Let’s get it, #AngelNation — Josh Hamilton (@thejoshhamilton) June 3, 2014

Josh Hamilton. Picking up where he left off.

Hamilton hit his third home run of the season, all of which have come at Minute Maid Park. He could have had a fourth if it wasn’t for the ridiculous hill out in center in the first inning. Jon Singleton avoided the hill and cleared the wall in right field in his first major league game. He had two RBI on the night as he forced a walk with the bases loaded in the third. One of C.J. Wilson‘s five walks and five earned runs over 2.2 innings. Yikes! Singleton, though is the real deal according to long-time teammate George Springer. Singleton will definitely provide pop to your Fantasy Baseball lineup. He wasn’t the only player in the Astros and Angels game to make their debut.

And here he is. Cam Bedrosian in the game. His father, former Cy Young winner Steve Bedrosian, is watching from the stands. #Angels

First batter Bedrosian faces, Jonathan Villar, strikes out on a 94-mph fastball. Touched 95 in that AB.

Less flash, but Mike Scioscia said before the game Cam Bedrosian has closer stuff and I expect the 29th overall pick in 2010 to eventually land that role with the Angels. It may not be until be next year, but it’ll happen in the near future. The future, though is right now for Eddie Butler.

Sources tell http://t.co/69U30ffimD that RHP Eddie Butler will be called up from @tulsadrillers and make his Major League debut Fri. vs. LAD — Thomas Harding (@harding_at_mlb) June 4, 2014

#Rockies calling up Eddie Butler. Electric arm joining their rotation could make a big difference, but adjustment period could be shaky

Nonetheless, this could be the start of something…

Eddie Butler coming up Friday? Friday could be a fun day of promotions.

Devin Mesoraco is at it again. Easily fantasy baseball’s top catcher and he’s been on the DL twice.

If you needed another reason to love Devin Mesoraco, his walk-up song is Fishin in the Dark by The Nitty Gritty Dirt Band. — Jed DeMuesy (@jdemuesy) June 4, 2014

Despite injuries, Devin Mesoraco already has nine homers. It could take years for Joe Mauer to catch up.

Willingham is on a tear with hits (9) in seven straight games and at least an RBI (10) in six straight. Owned in only 20 percent of Yahoo! leagues. He has four homers over his last six games. Straight feelin’ it!

Springer landed American League Rookie of the Month honors while Kolten Wong needed half a month to represent the National League.

And he continues to swing a hot bat…

Kolten Wong wakes up the #STLCards offense with a grand-slam off #Royals Shields, snapping their scoreless drouught at 21 innings. — Bob Nightengale (@BNightengale) June 3, 2014

Mike Trout, who missed the previous two games, has left after 1 1/2 innings.

Back stiffness for Mike Trout as two games and an off day weren’t enough for the Angels center fielder.

#Angels Mike Trout will be evaluated tomorrow. Some tests. “Were going to take half a step back,” Scioscia said. — Jeff Fletcher (@JeffFletcherOCR) June 4, 2014

Just when the Halos get Hamilton back…

Carlos Gonzalez was removed for reaggravating that left index finger. It swelled up on him again…