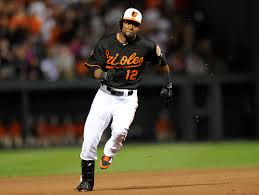 Fantasy baseball owners never cease to amaze me.  Perfectly good players can be sitting out there for half a season and it’s like pulling teeth to get owners to not only recognize these players accomplishments, but to actually drop someone to acquire them.  But, when some hotshot rookie gets the call, it’s a mad dash to the waiver wire to secure this unproven talent who has yet to take a swing at the major league level.  This week it is Miguel Sano; he is owned in 37% of Yahoo, 38% of ESPN and 67% of CBS leagues and just played his second game of the season yesterday.

Now I’m not condemning the people who do this since I do the same thing on occasion, and if you are in AL/NL only, deep or keeper/dynasty league, I fully endorse this.  It’s those of you in the 10 and 12 team leagues that I take issue with.  There are a lot of useful players out there on waivers in leagues like this, and constantly jumping on the next big thing in hopes of catching lightning in a bottle is not the way to win – at least consistently anyway.  As a fantasy owner you should be looking on waivers constantly for an edge, sorting players by what they have done recently, splitting them up by position and comparing them to your current roster.  Like I said last week and many times before; it doesn’t matter if a players bottom line looks pretty if he has been killing your team for the past month.

Make some moves; even if they are only temporary ones, and start with the players below (and in the previously recommended section at the bottom).  Note that Jonathan Singleton was recommended weeks ago as someone to stash; now that he’s been recalled you may want to act (just like you did with Sano).