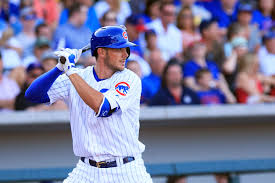 We are one-third of the way through the season which is a good time to check in on some of the player on the leaderboard, specifically BABIP (batting average on balls in play). Some players have the skills to maintain a high BABIP while others produce a high BABIP due to other factors like defense and luck.  In 2014 there were 11 players who finished the season with a BABIP of .350 or higher.  In 2013, 16 players finished above the .350 mark and in 2012 that number was 13.

As of Saturday there were 27 players with a BABIP above .350 and several over the .400 mark; this is a ridiculously high number and one that is due for a correction.  When that correction comes, some of those players we have praised for their production early on could become an albatross around the neck of your team.  Instead of waiting for the inevitable shoe to drop, fantasy owners may want to consider trading some of these players before the bottom falls out.  With that said, here are the early BABIP leaders and recommendations for what to do with them.

1. Dee Gordon (.423): Last season Gordon finished the year with a .346 BABIP and .289 batting average.  He is the type of speed player that is capable of producing and maintaining a high BABIP, but with the lack of power (.067 ISO) there is no way his current BABIP or batting average (.364) will hold.