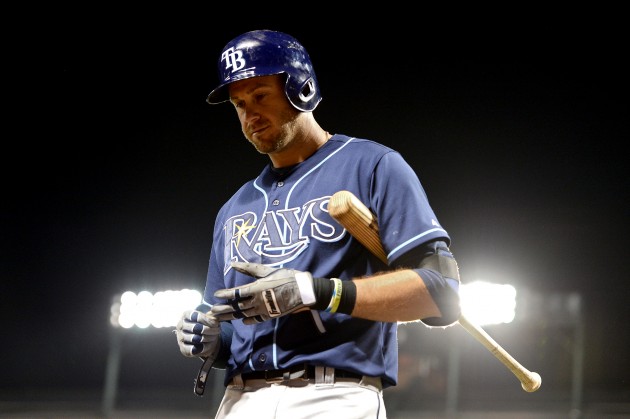 If you’ve watched enough baseball over the years I’m sure you’ve come across the classic baseball adage about not being able to win your division in April, but definitely being able to lose it. Like most theories hatched over a century ago, it has its flaws, but it might be more applicable to fantasy drafts than anything else – starting a draft well is paramount. You win leagues with mid-round selections, late sleepers, and the occasional trade, but without the solid centerpiece, the cornerstone of your lineup, you’re just building on a narrow base. You can’t miss high in drafts, which is why there’s usually a safety in known quantities. Yasiel Puig showcased elite talent in the latter half of 2013, but had experts wary due to small sample sizes and a general sense of unfamiliarity. Joe Mauer, who hasn’t shown the ability to hit with the power required to rank as even a top-tier catcher, let alone first baseman, still repeatedly found himself going as high as the second round based entirely on name value. There’s a fine line between safe and stubborn and it’s a situation most Evan Longoria owners currently find themselves in. The third baseman is struggling, and so are the teams banking on his success.

To put it simply, Longoria just isn’t maximizing on his opportunities so far in 2014. His 8.2% walk rate is a career-low – the clearest evidence of the impatience the veteran has shown at the dish. Last season Longoria ranked fourth among third basemen in pitches seen per plate appearance at 4.01. This year that number has slipped all the way down to 3.63 as the 3B’s swing rate of 47% and, more concerning, his outside the zone swing rate of 28.3% are both career-highs. Longoria’s contact rate has remained the same however – it’s just been far weaker. While a 22.2% line drive percentage would actually be a career best, Longoria’s average, which at .265 is closer to his lifetime mark than you’d probably guess, isn’t the issue. His fly ball rate has dropped 13% from 2013 and even the fly balls Longoria has been hitting aren’t leaving the park at nearly the consistency he’s shown in the past. It’s been bleak to say the least. But surprisingly, you shouldn’t be selling. Normalization is coming. Plus, third base kind of stinks.

In standard Yahoo leagues, Longoria is currently the 12th ranked 3B, making him tenth in most other formats where Miguel Cabrera and Edwin Encarnacion don’t qualify at the position, so even at his worst he’s still a must start. Third is an area of flux in 2014. Aside from the aforementioned duo, who will probably lose their eligibility in 2015 even with Yahoo’s immense generosity, Josh Donaldson is truly the only standout option at the hot corner. In fact when you combine the numbers of the other eight third basemen in front of Longoria, a list that includes Todd Frazier, Lonnie Chisenhall, and Kyle Seager, and project them across a full season – they’re pretty much in line with Longoria’s season pace. An “elite” 3B in 2014 will score 82.5 runs, drive in 74.5, hit 20 home runs, and bat .280. The fact of the matter is Longoria’s floor is still positionally topflight, so don’t try and sell when his value is at by far its lowest. The 11.5% HR/FB ratio will return to roughly its career average of 16%, the inflated groundball rate will regress, and most importantly, the miniscule ISO, over 100 points below Longoria’s career mark of .229, will return to normal or close to it. Look, if you think Longoria is bad, just try replacing him – its slim pickings out there, my friends. Stick with the name value; even if it comes attached to an anemic overall team offense, suddenly any value at all is a commodity at third base.

People forget about once heralded prospects, just ask Trevor Bauer. It’s odd to see a pitcher with such a perfect mix of name recognition and strikeout ability sitting on 70% of leagues’ waiver wires, but here we are. Take advantage. If he had the innings to qualify, Bauer would rank second, behind only Stephen Strasburg, in strikeouts per nine with a 10.99 rate. That’s not bad. Especially when you’re basically just renting it out. The fastball velocity has always been apparent with the former Diamondback farmhand and at 94.6 mph he currently owns the sixth fastest four-seam in all of baseball, but it’s the secondary stuff that has yielded results. His curveball, slider, and cutter all have whiff rates above 14.8% – a big reason Bauer’s seen his swinging strike rate jump from a measly 5.4%, albeit in a minimal sample, in 2013 to 12.3% this season. Bauer is inducing opponents into swinging at a phenomenal 32.2% of his pitches outside the zone and his overall swing rate would be Top 20 in the league, again, if he had the innings. Now, like several pitchers of his ilk, Bauer has had his struggles with walks and the long ball – this is where the Royals come in. At 3.45 free passes per nine, the inability to harness his arsenal will haunt Bauer at some point – just not this week. Kansas City ranks 28th in walk rate at 6.6% and while home runs have inflated his ERA to 4.08, though a relatively high 16.7% HR/FB ratio shares in the responsibility, the Royals are dead last in isolated power with a .104 team mark. This has all the makings of a great outing for Bauer.

Let’s keep it rolling with Indians pitchers. Who knows? Along with drifters, Cleveland might soon lead the nation in quality stream options… Now, somewhat ironically, Josh Tomlin’s promotion from AAA in early May was met with a ton of second guessing, mostly because Tomlin was not the previously profiled Bauer – though he might be pitching more effectively. In his seven appearances this season, six starts, the righty hasn’t surrendered more than three earned runs, helping to maintain a pristine 3.12 ERA that’s justified by a 3.38 xFIP. Tomlin has always been a control pitcher. Over the course of his 384 major league innings, he’s pitched to a walk rate of just 4.4% and his 1.12 free passes per nine this season are bested by only David Price and Phil Hughes. However it’s the sudden emergence of his strikeout totals that truly make Tomlin an intriguing figure. In his past 21.2 frames, the Indian has struck out 27 batters, good for an astounding average of 11.22 opponents rung up per nine. The key has been the inability for teams to lay-off of Tomlin’s curveball, which has generated a 34.3% whiff rate so far in June. Will this continue with a pitcher who has a career strikeout rate of 14.1%? Probably not. But ride Tomlin while he’s hot, especially against a Red Sox team that’s in the lower-tier of most offensive categories that aren’t walks, which, again, Tomlin doesn’t allow. It all lines up.

Here’s why Bartolo Colon is number one on this list and Roberto Hernandez is number seven: if this is cricket that’s a six! …Probably. If someone can actually make me understand that sport I’ll be eternally in your debt. Look how pumped up his teammates are. Bartolo Colon can inspire even people who knowingly represent the Mets to be joyous. That’s his true power. Also he’s pitched pretty well recently, I guess. Over his last 28 innings, a stretch that crosses four starts, the veteran has an incredible 1.61 ERA even though his usual precision control, at 1.40 walks per nine Colon ranks behind only Cliff Lee and Tim Hudson in the National League, has been a little shaky. With the recent success the rotund righty has now lowered his overall ERA to a respectable 4.31 mark, which could be even better if not for a .323 BABIP and 70% strand rate. Colon also has pitched far better at Citi Field in 2014, where his 2.30 ERA is a three run improvement over his mark on the road. Maybe it’s the exquisite New York surroundings. Maybe it’s a more load-bearing mound. I don’t know. What I do know is you should be starting Colon on Friday. Or I will. I will every time.