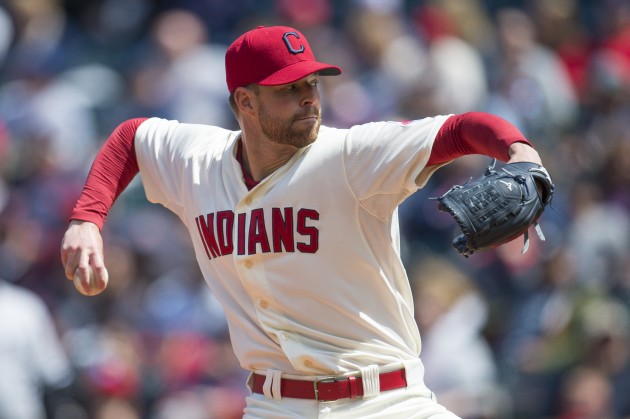 It’s important to adapt rules as the season progresses. Remember when Baltimore wasn’t hitting so well? Yeah, that changed in a hurry. The point is nothing is above revision, especially if that rule has anything to do with Atlanta’s anemic offense. Early in 2014, the effective way to exploit a Braves team that has seemingly ranked inside the Top 5 in strikeout rate all season was to stream anything but left-handed pitchers against the club. Now you can pretty much toss anyone in your lineup who has Atlanta on the schedule and thankfully Jeff Locke meets these strict specifications. The former All-Star has found decent success in 2014 by solving the control issue that plagued him throughout a down 2013 campaign – shaving a full two walks per nine off of his awful 4.55 rate. Locke has been even more consistent in his past seven starts pitching to a highly respectable 2.83 ERA. Still, this stream is entirely about the Braves who have not only been shut out three times the past week, but rank dead last in the MLB in ISO (.069), wOBA (.249), and home runs (3) across the last 14 days. Plus, with Locke shutting down left-handed opponents this season to the tune of a .238 wOBA, even potent Atlanta bats Freddie Freeman and Jason Heyward don’t project to have great games – specifically the latter who, on top of currently being day-to-day, has hit just .174 off lefty pitching in 2014 compared to a .304 average against right-handers. Start Locke, start the bat boy if he’s called in as an emergency replacement. The Braves just can’t hit.

One of this season’s great mysteries, right up there with why is Ron Washington having his mid-life crisis at age 62, is what exactly happened to Kevin Gausman‘s strikeout potential? The Oriole struck out over a batter an inning over the course of 47.2 major league innings last year, very much in line with his minor league totals, but had managed to only sit around six per nine for most of 2014. However, that’s changing just in time to have a serious impact on your fantasy championship chase. Across his past eight starts, Gausman has a somewhat pedestrian 3.30 ERA (though he has a far more impressive 2.00 ERA his last three starts), but he’s complied 43 strikeouts over that 46.2 inning span – good for a 8.35 K/9. This run of success included seven scoreless frames of baseball against the Yankees on the 12th, where Gausman, true to his old/re-found form, struck out seven. New York will get a final look at the righty on Thursday, but don’t expect the results to be much different. The Yankees have struggled all season long to produce runs (they rank 24th) and over the past two weeks they sit 28th in the league with a .208 average and 24th with a .277 wOBA. Clearly there will be better options in most standard leagues, but Gausman will be a commodity in deeper formats. Pick him up and take advantage of the true #RE2PECT gift that keeps on giving – Derek Jeter and his .055 ISO’s consistent presence in the top of the Yankees’ order.

If someone had told you in April that the Cleveland Indians would be making a playoff push with Carlos Carrasco, a twice demoted Danny Salazar, and T.J. House leading the charge, you’d think that person was insane. Still, while the general public appear to have caught on somewhat to Carrasco and have re-warmed to Salazar (double-digit strikeout games help heal old wounds), House has remained under-appreciated in the fantasy realm and is widely available even in deeper formats. Across his last four starts the rookie has been outstanding pitching to a 1.38 ERA, working at least seven innings in three of the four outings. A big part of that trend has been the conservation of pitches – which directly correlates to a 25:1 strikeout to walk ratio over that time frame. Really, that’s where House’s true value lies, he’s not inherently risky in any way. The Indian doesn’t allow any free base runners, he suppresses extra-base hit potential with a 60.6% ground ball rate, which would be good for second in all of baseball behind only Dallas Keuchel, and even his one glaring, due to normalize weakness, a 16.7% HR/FB ratio, doesn’t factor when House can go an entire game without allowing a single fly ball – like he did against the Twins last Saturday. Toss the southpaw into your lineup Friday against a Rays team that ranks in the lower half of the league in basically every conceivable offensive category. Even if neither team has anything to play for, House will be pitching to keep a rotation spot in 2015.