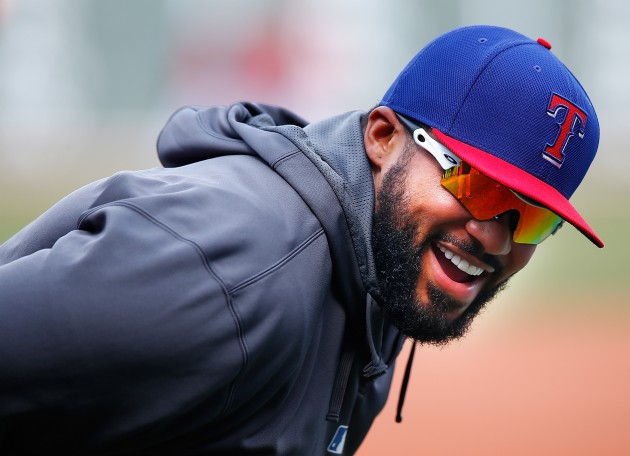 Wednesday’s return to the majors can really go two distinct directions for Drew Pomeranz. Luckily, regardless of how well he pitches overall, he’s definitely going to strikeout an insane amount of Astros – not a bad floor when dealing in streams. The knock on Pomeranz coming into 2014 was that he was very susceptible to surrendering the long ball – in 136.2 major league innings from 2011 to 2013 he’d given them up at a rate of 1.19 per nine. Now, some of this can be attributed to pitching in Colorado, but even after making the switch to Oakland and, in doing so, one of the more renowned pitcher’s parks in baseball, the former first-round pick has still struggled keeping the ball in the yard. Pomeranz allowed opponents to hit a demoralizing 1.67 home runs per nine over the course of his last five big league starts and gave up two more in his most recent outing at Triple-A, though, again, altitude played a factor, this time in the PCL. Truly, the bigger issue, and like most of Pomeranz’s problems, it’s self-created, is that with his control issues, the lefty gives up more crooked-number long balls than solo shots, which will happen when you’d have the MLB’s worst first pitch strike rate at 52.5%. Still, when he’s good, he’s very good. Pomeranz posted a 1.95 ERA over his last five starts at Sacramento prior to the six run blow up, going at least six innings in four of the outings. He also struck out literally everyone while back in the minors, posting a K/9 of 10.49 across all eight of his starts. If Pomeranz can carry over that ability to work deep into games, he can easily rack up eight or nine strikeouts versus a Houston team that leads baseball with a 23.4% strikeout rate. The question is really what Astros team shows up when they do eventually make contact – the one that’s registered a deplorable .206 average over the past week or the one that’s hit to a .154 ISO off southpaw pitching for the season? I like Pomeranz, but there is risk. Tread carefully. THURSDAY, AUGUST 28TH

So, here’s the thing about Jordan Lyles – he’s not any good. Like, he’s so not good that the fact he’s 6-1 on the season hasn’t affected his ownership at all. Now, you fine people reading this column might not think anything of that, but people eat records up. Everybody loves wins. Except Brad Garrett. That dude needs a new shtick. Anyway, Lyles and his 4.86 ERA over his past seven starts aren’t exactly impressive, but neither are the Giants and they happen to struggle most in the area where the former Astros prospect is most vulnerable. Left-handed batters crush Lyles to the tune of a .364 wOBA and have been responsible for six of the eight home runs he’s allowed (he actually does a reasonable job of keeping the ball in the park considering half his starts come at Coors, his 53.1% ground ball rate would rank eighth in baseball had he near the innings to qualify), but San Francisco is void of any pop from that side of the batter’s box. The Giants’ left-handed hitters have a .122 ISO and .300 wOBA when facing right-handed pitching, both fifth worst in the entire league, while they’ve also struck out in 20.6% of these situations – again, fifth worst in baseball. Strikeouts also happen to be an area of improvement for Lyles. Though his ERA is mundane at best, the righty has posted a K/9 of 8.35 over his past nine starts, a vast improvement on his 6.27 career mark. In deeper leagues, make sure to give Lyles a look on a somewhat shallow stream day. FRIDAY, AUGUST 29TH

Roughly three weeks into the season I noted that Edinson Volquez, though pristine control, had been tearing through the NL Central. I also said “I would expect Volquez’s 1.61 walks per nine to rise to a Liriano-like mid-threes number by season’s end”. Well, since his first six starts of the season, where Volquez posted a 1.60 BB/9 over 30+ innings, the former Red has surrendered 3.74 free passes per nine. That’s not great. Still, when your career mark is 4.53 – it’s not terrible and Volquez has been legit the past two months. He’s posted a 2.29 ERA over his past 11 outings, allowing more than two earned runs in just two of those starts. In general, the right-hander has benefited from pitching far more to contact this season with his overall 81.4% contact rate above 80% for the first time in his life. Though Volquez’s K/9 is easily a career-worst at 6.11, it was over a strikeout per inning in 2008, his ERA also hasn’t been sub-four since that 17 win campaign – I’ll take that trade off. Start Volquez against an anemic Cincinnati offense that, over the past month, ranks last in the National League with a .105 ISO and next to last in baseball with a .279 wOBA. Plus, THEY DON’T WALK ANYWAY. The Reds have a meager 7% walk rate – that will only help the Pirate.