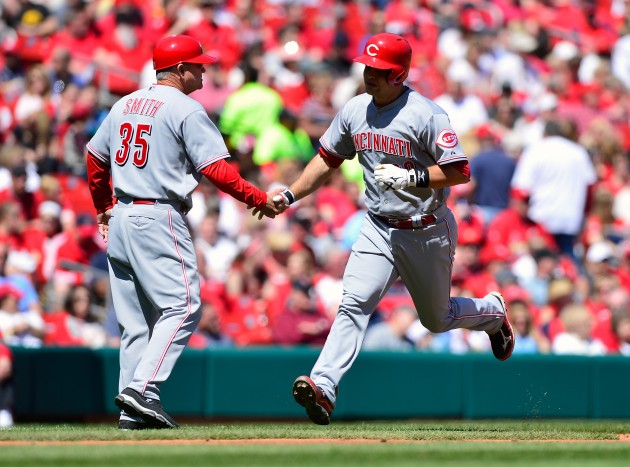 There are 15 games in Major League Baseball on Tuesday, April 22.

SO YOU WANT A BIG TICKET ITEM?

Carlos Gonzalez, OF, Colorado ($11950 vs SF): This is a bit of a risk, as Gonzalez (knee) is playing through some knee tendinitis. Double- and triple-check the lineups to make sure he doesn’t have any setback in pregame warmups. If Gonzalez is in the lineup, he is a great Fantasy play. Over the years he has dominated San Francisco Giants SP Madison Bumgarner, posting 12 hits in 33 at-bats (.364), including three doubles, five homers, nine RBI and a 1.342 OPS.

Justin Verlander, SP, Detroit ($17350 vs CHW): Instead of a pitcher’s duel against Chicago White Sox SP Chris Sale (elbow), Verlander will now be opposed by Triple-A call-up Charlie Leesman, as Sale hits the DL with a flexor strain. Verlander will face a weak-hitting Chicago offense, and despite a stiff wind blowing out to left field, Verlander is a safe Fantasy bet.

Derek Jeter, SS, N.Y. Yankees ($7700 at BOS): Jeter carries a 10-game hitting streak into Fenway Park Tuesday night, and he has rolled up some nice numbers against Boston Red Sox SP Jon Lester over the years. Weather is a concern, so double-check the radar before finalizing your lineup for the night. The Captain is batting .333 (22-for-66) with a double, homer and eight RBI with a .783 OPS against Lester. That makes him a solid mid-level value.

Devin Mesoraco, C, Cincinnati ($9050 at PIT): Mesoraco continued to rake Monday night, opening the series in Pittsburgh with three hits, a run scored and an RBI. If you really want to split hairs, he was caught stealing. Mesoraco has hit safely in all 10 of his games since coming off the 15-day disabled list April 8, and he has seven multi-hit efforts during the span.

Brandon Moss, 1B-OF, Oakland ($9100 vs TEX): Moss is one to watch Tuesday, as there is a stiff wind blowing out to right field at O.co Coliseum, and he is facing a right-handed starter (Texas Rangers SP Nick Martinez) who is short on experience.

Christian Yelich, OF, Miami ($9050 at ATL): Yelich posted two more hits Monday night, extending his career-high hitting streak to 15 games. He has had a little trouble with strikeouts lately, but if you play with a Daily Fantasy provider who does not penalize strikeouts, Yelich is even more valuable.

If you spend big up top, you’re going to need some fillers to bring down your average per player salary. Check out these steals from the bargain bin:

Jedd Gyorko, 2B-3B, San Diego ($6950 at MIL): Gyorko has been struggling, and Daily Fantasy providers have really dropped his salary as a result. However, it is a good idea to include him, as he has a ton of upside at a very low price. Sure, he hasn’t been hitting, but he is a ‘punt’ candidate who could explode for a huge stat line, especially against a power pitcher. Or he could continue to struggle. But he comes with a low price tag, and he’ll allow you some salary flexibility to spend big up top, too.