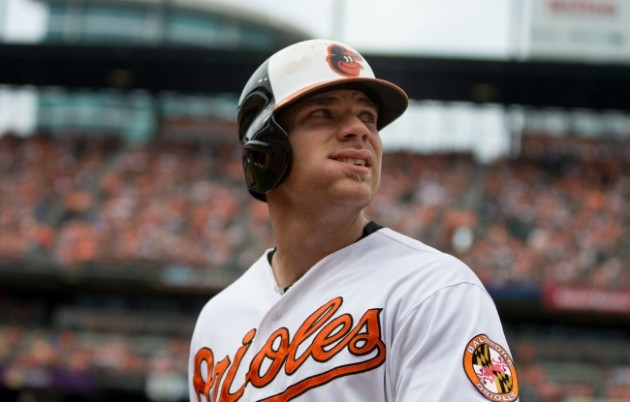 BABIP Files: Over and Under-Performing 1st Basemen of 2014

Fantasy Baseball players are always looking for advantages. One huge advantage would be in determining which players were most likely to bounce back after down years or revert back to previous levels after a breakout year. One way to do this is through BABIP Differential. You can read more about BABIP  (Batting Average on Balls in Play) in my Catcher’s BABIP piece, but what I’m doing in this series is comparing a player’s 2014 BABIP against his five-year BABIP from 2009-2013.

Batting average is, to say the least, an imperfect statistic, but it also happens to be a stat that is used in a very high percentage of Fantasy Baseball Leagues. It also seems to be a very large factor in how people perceive a player. Take Chris Davis for example. His .196 batting average was a huge drag on fantasy teams and this spring he may not sniff the fourth round, much less the first. A look at his .091 BABIP differential tells you that unless there were some incredibly effective defensive shifts used against Davis, a huge part of his failure was due to some bad luck. We’ll talk more about Davis in the player notes below the table, but let’s get to the numbers. Again, I’ve highlighted batters with BABIP differentials of + or – .030 and higher as extreme numbers we can consider for use in projecting for 2015.

First Basemen due for a BABIP fall

Adam Lind was definitely a bit lucky in 2014 and he’ll probably never see .321 again, but some of his increased BABIP can be explained by his usage. Toronto finally completely abandoned using him against left-handers, and he dominated righties as usual. Unless Ryan Braun plays a little first base, I don’t yet see a platoon partner for Lind in Milwaukee. If it stays that way and he faces left-handers on a frequent basis, look for a long fall for Lind in 2015.

Steve Pearce was once on par with David Wright as a Major League prospect, but most fantasy owners (and a few MLB teams) had given up on him. Pearce got a little more playing time early in 2014 and he took advantage. While his .047 BABIP differential does signal a likely batting average regression, Pearce’s LD% and HR/FB% say that a lot of the production will remain. Factor in likely full-time play in the coming season and I’m still on board with him as long as his price is right.

Anthony Rizzo had a true breakout season in 2014 and his batted ball profile backs it up to a large extent. His GB/FB ratio was a career low, meaning he hit more fly balls and fewer grounders. That’s a good thing for a power hitter. He also bumped up his LD%  2.5% from 2013. I’d expect a batting average between .265 and .275 this season, but he’s here to stay as a solid source of power in Fantasy.

I’m not going to analyze the BABIPs of Micahel Cuddyer and Justin Morneau, Coors Field makes their previous levels obsolete. Morneau may backslide a bit, but another strong season is likely. Cuddyer? Let’s just say that the move to New York will not be kind. In 12-team mixed leagues he’s probably a lower level option at the corner infield slot.

Let’s start with Chris Davis who I mentioned in the intro. You see that his five-year BABIP was .091 higher than what he put up in 2014. That seems a rather large differential to completely pin on luck. What about his peripheral numbers? Well, almost without exception they were right in line with the three previous seasons. In fact his LD% was almost 3.0% higher than in 2013.  He hit a few more grounders and a few less fly balls, but his rates were still right in line with 2011 and 2012 when he hit .266 and .270 respectively. His HR/FB% was down a bit, but the power was still some of the best in baseball. The only metric that really hints at his big BA drop was his 33% strikeout rate. Chris Davis may never come close to 53 HRs again, but a batting average rebound to anything above .250 makes him a pretty nice bargain at a time when offense is at a premium.

Allen Craig was a big disappointment in St. Louis and it didn’t get any better in Boston. So was it just a matter of some bad luck, or were there underlying issues that cloud the issue? The peripherals aren’t pretty. His LD% dropped almost 5.0%, his GB% went up 9.0%, and his FB% eroded to 24.9%. Just to top it off his K% went from 16.7 to 22.4%. Nick Minnix  tried to dig deeper into Craig in this FanGraphs piece, but unless you’ve got answers that no one else has, Craig is nothing more than a bench afterthought until he proves otherwise.

Joey Votto is an enigma wrapped in a riddle wearing a knee brace. His power was at an all-time low and he lost another big chunk of a season to injury. Is there a bounce-back in him or was 2014 just the result of all the injuries catching up with him? Well, that power should be your only concern. Other than his HR/FB%, his batted ball profile fits in nicely with the rest of his career. In fact you could insert his rate stats into any of his last few seasons an no one would notice. The swing is still there. If news on his health is positive and his stock falls far enough, I’ll be giving Votto a chance to rebound on plenty of my rosters this season.

Brandon Belt continues to tease us with glimpses of turning into a very good hitter, but his .243 average and further issues with injuries have no doubt soured many fantasy owners. Though I love Belt’s swing, he’s got more than bad luck to worry about. His LD% fell 6.3% from 2013 to 2014  and his strikeout rate jumped 5.3 percent. While his career-best fly ball and HR/FB rates suggest some power upside, Belt is definitely a mixed bag. Scott Pratt also suggests that the increasing use of extreme defensive shifts may mean the BABIP drops for Belt and players like him are here to stay.

2014 saw a power resurgence for Adrian Gonzalez, but his batting average took a pretty big dip. His peripherals show no reason to worry, but then again, I’m  pretty sure most Fantasy owners were Ok in trading a bit of average for the bump in power. If Gonzalez falls in your drafts for some reason do not be afraid to pounce. His numbers aren’t quite elite, but he’s about as safe as it gets and his low-key approach means his price is usually very reasonable.

All in all, the BABIP differentials for first basemen aren’t as cut and dried as those at catcher, but there is still value to be had, albeit at higher price levels. As far as busts go, I’m not sure there’s an obvious candidate just based on BABIP. On the positive side I’m gonna be a Chris Davis owner in a lot of leagues this year. He may not be the moster he was in 2013, but the power floor is undeniable and his recent history says the batting average can approach respectability.